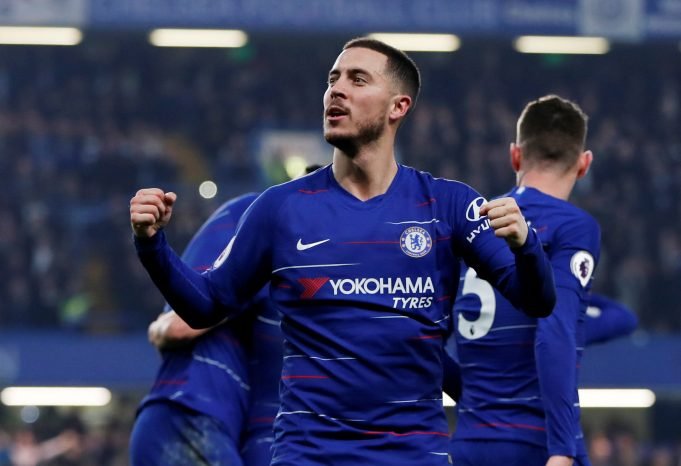 According to reports from French daily le 10Sport, Chelsea have begun talks with Eden Hazard over a new contract. Hazard’s current contract with Chelsea expires in 2020 and he hasn’t signed a new contract yet.

The Blues are eager to keep Hazard by convincing him to sign a new long-term contract with the club.

Real Madrid were also keen on roping in Hazard after their talisman Cristiano Ronaldo left for Juventus in the summer. Hazard eventually decided to stay at Chelsea.

In the past few months, Hazard has mentioned that he is torn between staying at Chelsea and moving to Real Madrid. Real Madrid are still keen on signing Hazard but haven’t made any approach for him.

Hazard has been Chelsea’s best player this season. The 28-year old has made 36 appearances for Chelsea so far, scoring 15 goals and providing 10 assists. All of his assists have come in the Premier League and he is currently the leading assist provider in the league so far.

Hazard is a beloved player in the club at the moment and provided he signs a new contract, it will be a great delight for the club and its fans. However, one thing that may propel Hazard to leave Chelsea is the possibility of missing out on the Champions League again.