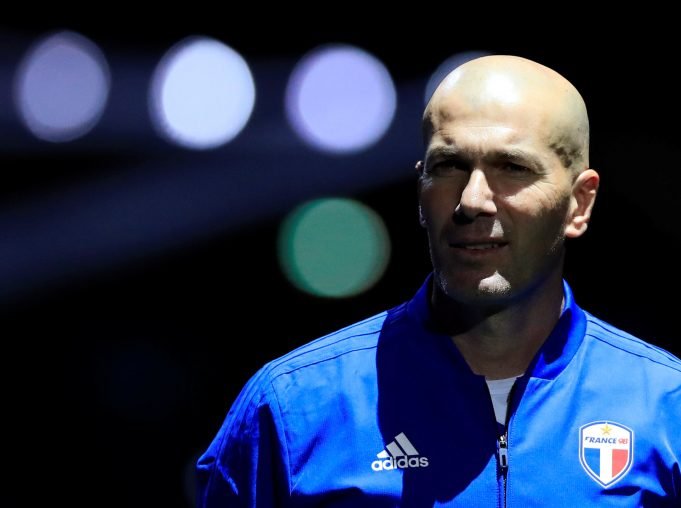 Chelsea’s top managerial target, Zinedine Zidane is reportedly being wooed by Juventus with a rival offer.

The Frenchman is expected to replace Maurizio Sarri in the Blues hot seat after this season but nothing can be said for certain. With Zidane out of a job since his departure from Real Madrid, the former Bianconeri player has not exactly found himself in shortage of suitors.

Majority of clubs would be pleased to have a 3-time Champions League winning manager leading their sides. And with Sarri job security at Chelsea plummeting with each passing game, the odds are increasing by the hour of Zidane being appointed as the head at Stamford Bridge.

However, Metro claims that the 46-year-old personally would like to return to the club he played for in the past. Zizou spent 5 years with the Serie A giants during which he made 212 appearances and scored 31 goals.

Many have touted Massimiliano Allegri to be on his way out of Turin post the 2018/19 campaign, allowing Zidane to slide into the coaching position.

Other than the opportunity presenting itself from Italy, Zidane reportedly has his reservations regarding Chelsea. The recent history of the club tied to the likes of Carlo Ancelotti, Antonio Conte and now Sarri has swayed the Frenchman to look elsewhere for a job.

The Blues seldom give their managers any control over the player transfers and are always quick to fire them whenever the slightest bit of underperformance is noticed.

It will be hard for the 6th placed Premier League outfit to attract any big names even more with the Eden Hazard possibly leaving the club next summer.