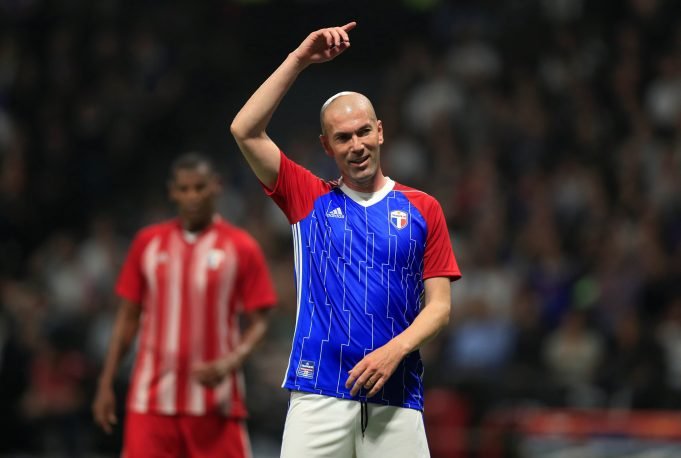 With the Chelsea faithful quickly turning against Maurizio Sarri, it is becoming increasingly likely that out-of-work manager, Zinedine Zidane will be taking over at Stamford Bridge next season.

The Blues were absolutely whitewashed by Manchester City with a 6-0 goal drubbing last weekend. It was like salt on an open wound after the club’s 4-0 defeat against Bournemouth just a week back.

It is being widely reported that Sarri has lost the Chelsea dressing room and chemistry problems have already started to spark off between the players. With the Italian struggling to hold down the South West London base, Zidane’s Champions League winning status continues to link him with a shock move to the Blues.

The Frenchman recorded 3 prosperous European trophies during his time with Real Madrid. The SUN claims that talks have advanced within the Chelsea hierarchy on when to approach the Frenchman for the job and whether to fire Sarri right now.

The report also states that Zidane is keen on taking coaching talents to the Premier League. Over the past few months, Manchester United seemed like the most likely destination after the sacking of Jose Mourinho.

However, Chelsea’s history of hiring and firing head coaches now gives them the edge in snatching away the 46-year-old. It is being said that hiring Zidane could prove to be a major stake in holding down Eden Hazard for longer.

The Belgian’s contract is set to last for another season with plenty of reports linking him to Real Madrid.