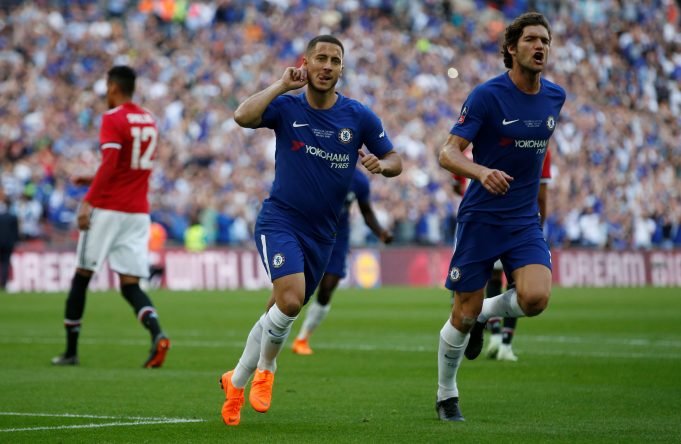 According to reports from Spanish newspaper AS, Real Madrid are interested in signing Chelsea left-back Marcos Alonso. Alonso has been a regular for Chelsea since joining the club from Fiorentina in 2016. This season, the Spaniard has made 29 appearances for the club, scoring once and providing 5 assists.

His performances under Maurizio Sarri haven’t been very good lately. Yet, Real Madrid are keen to sign Alonso.

Earlier this season, Alonso signed a new contract with Chelsea which keeps him at the club till 2023.

Real Madrid is Marcos Alonso’s boyhood club. Alonso joined the club’s youth setup in 1999 and played there till 2008. He played one match for the senior team.

Right now, it doesn’t seem that Real Madrid will give too much thought to Alonso, specially now that they have their sights set on Eden Hazard.

However, given that Marcelo might be on his way out, Real Madrid will certainly like to have a left-back other than Sergio Reguilon.