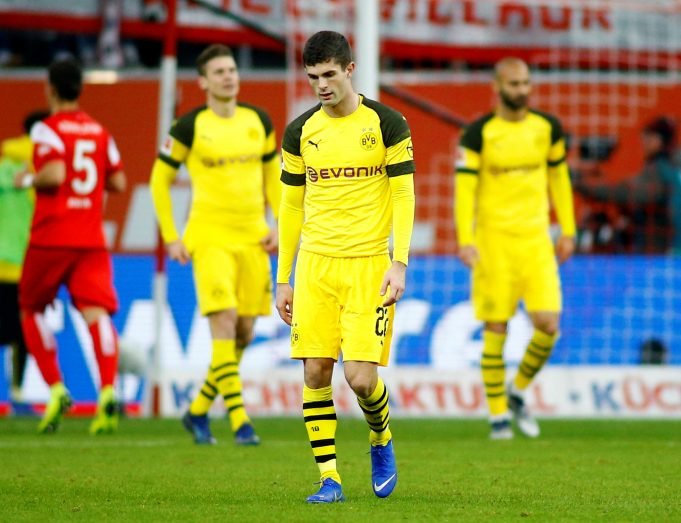 Chelsea are due to receive Christian Pulisic from Borussia Dortmund in the upcoming summer after finalising a £58m fee for his transfer this past month.

However, the 20-year-old’s arrival at the Stamford Bridge could possibly be delayed due to his obligations to his country’s national team. The Gold Cup has been scheduled from 15 June to 7 July which is around the same time, Chelsea’s pre-season tour is expected to start.

After a very demanding season with BVB, Pulisic will immediately be called upon to represent his country. How many games he will miss ahead of the 2019/20 campaign for Chelsea depends on how far USA progress in the international tournament.

The South West London side could lose Eden Hazard after the current season which would place an immediate demand for a replacement. Pulisic has been touted to take up the Belgian’s spot on the left flank but Maurizio Sarri understandably would like more time to vet the youngster.

The winger is looking to make a good impression on his future employees by leading the charge against Tottenham Hotspur on Wednesday evening.

Chelsea’s chances of making it into the top four sunk to new lows after last weekend’s 6-0 thrashing from Manchester City at the Etihad. Now the club is in the 6th spot of the Premier League, level with Arsenal on both points and goal difference.