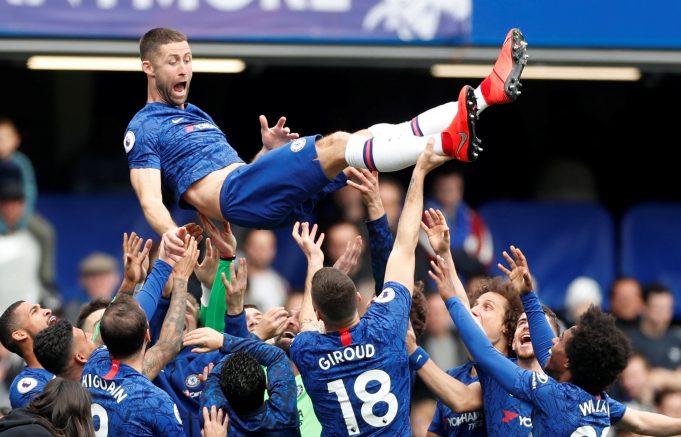 The 33 year old will be out of the contract when the current season ends. Cahill has already been linked with a number of Championship clubs but is not ready to take a demotion to the second tier so quickly.

Lampard’s Derby County are in the promotional hunt and are scheduled to take on Aston Villa in the Championship Playoff final at the Wembley next week. Should the Rams achieve a promotion Lampard would be needed to inject some experienced names to the squad and Cahill fits the bill perfectly.

The English international would have to take a massive wage cut to his current £75,000 weekly salary to accommodate himself at Pride Park stadium. But given his current contract situations Derby would be able to provide him a good deal.

The defender hasn’t been featured much since Maurizio Sarri arrived at t Stamford Bridge and recently vented his frustration at the manager for curtailing his game time.

Cahill was one of the main catalysts for Chelsea’s last Premier League title and if he is given the perfect platform he can still be an asset for any club.