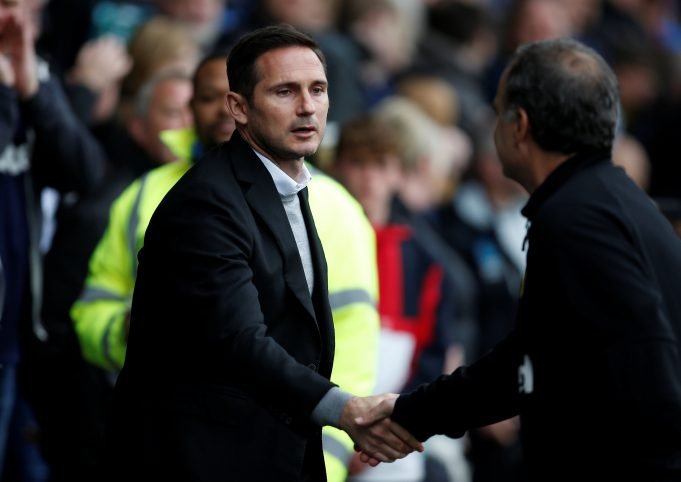 Chelsea are contemplating to replace Maurizio Sarri with Frank Lampard, according to reports.

The Blues had looked to be a title contender due to their thunderous start to the campaign but failed to cope up with the pressure of the top flight football. The Italian manager was brought in from Napoli in the summer and was told to secure a Champions League spot.

Despite fulfilling his targets there have been severe concerns regarding his tactics. His way of handling youngsters with the likes of Ruben Loftus-Cheek and Callum Hudson-Odoi didn’t go with a part of Chelsea supporters.

Also, N’Golo Kante has been mostly played out of position as the Italian has preferred Jorginho in the holding role.

Lampard has done wonders with Derby County in his first season in charge and led the club to the Championship playoffs final. Derby need to put up a strong display at the Wembley next week in a bid to secure promotion to the Premier League.

Lampard would be a great candidate given he doesn’t have to do much to inherit the Blues philosophy. The former midfielder is also well aware with the youth system of the club and with the impending the transfer ban he could make use of the huge loan contingent.