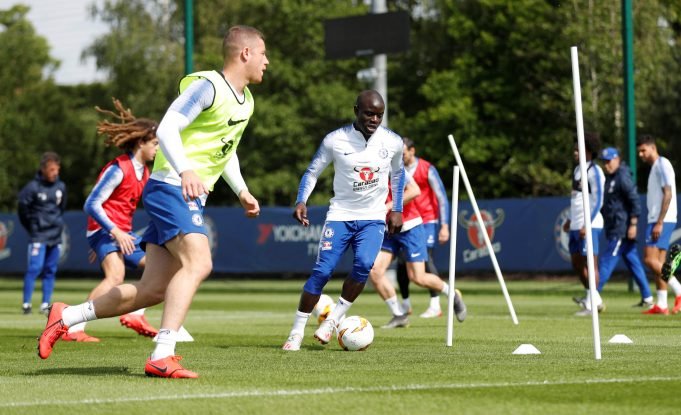 The Frenchman only returned last week after missing the club’s past two games due to a hamstring pull. He characteristically lunged in for a challenge in training and ended up twisting his knee joint.

Kante was seen hobbling off the pitch with clear discomfort on his face. The medical staff are currently analysing the extent of the injury. Scans have been scheduled and Chelsea have not delivered any further news on the defensive midfielder.

The final is due to take place in Baku and Kante’s involvement has been put into serious doubt. This might be Maurizio Sarri’s final chance to claim some sort of silverware as the Blues boss but he will be discouraged with injuries to some of his key players.

Antonio Rudiger had to undergo surgery to repair the meniscus in his left knee and both Callum Hudson-Odoi and Ruben Loftus-Cheek are set to miss out due to ruptured Achilles tendons.

Kante seems to be the fourth player who could be absent from this crucial tie. Arsenal will be looking to gain every advantage in their chase for a Champions League spot and this would come as a boost for Unai Emery’s men.