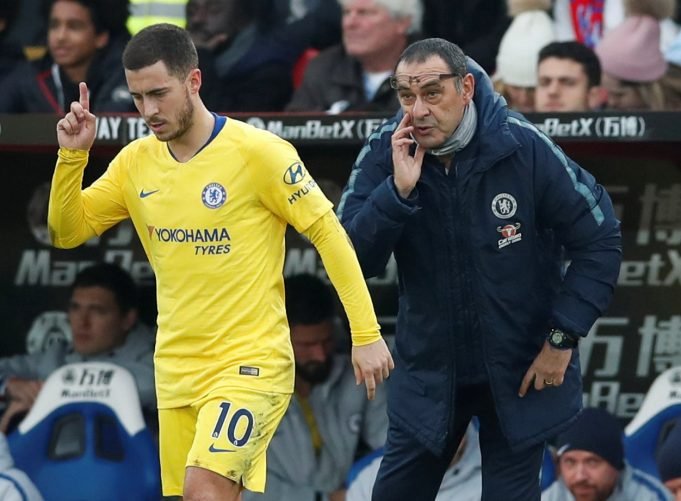 Chelsea fullback, Marcos Alonso believes Maurizio Sarri’s playing career or the lack of one, has had an effect on the Italian’s struggles in the Premier League.

“It’s never easy in the first year, to come to a new country and new league, new football, new culture. It is many different things. The gaffer is still learning, he was not a football player either so he is learning a lot this year.

“It’s not easy, of course not. We are 11 players in there. We have to all try to go in the same direction. Managers are different, they have different aspects of tactics.

“It is different but at the end of the day and we have to be professional and take on whatever he asks us for. He is different. I started the season very well, the team also started very well playing. Then the manager asked me for something different.

“I tried to do what he was asking me to do and maybe when the team started winning games again I had a small injury in my back.

“I had to stop for a couple of games but after that I was back playing good and getting back in the team when they needed me and now a big opportunity to end the season well and go on holiday.”