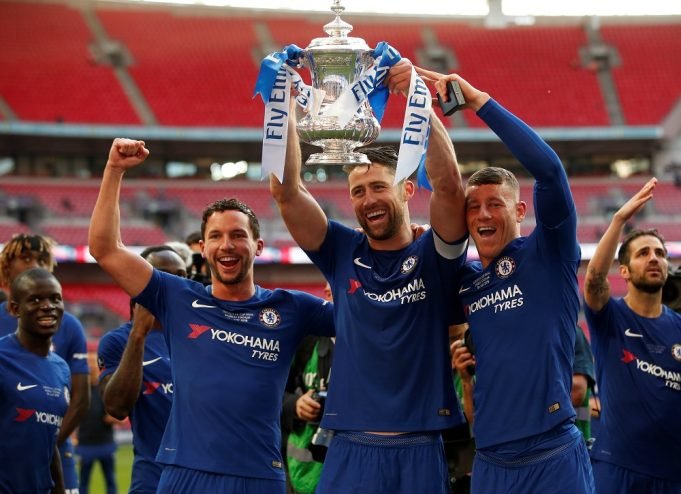 Gary Cahill was one of the important players for Chelsea during the 2016/2017 campaign in their Premier League winning campaign but struggled to feature regularly for the club last season under Antonio Conte.

But he is yet to feature in any of the club’s Premier league fixtures so far this season under new manager Maurizio Sarri. He has picked David Luiz and Antonio Rudiger in his back-four for the wins over Huddersfield, Arsenal and Newcastle United.

The 32 year old has entered the final 12 months of his current deal and was also linked with an exit. However, with the European transfer window closing on Friday it looks like he will say.

Sarri even insisted few days ago that the player is an important part of his squad this season and urged him to have patience for his chances.

Cahill is determined to earn a spot in the first team in the coming weeks and is ready to work hard in order to achieve it.

Speaking in an interview with Chelsea FC’s website, He said: “There’s a new manager, we’re taking on some new ideas, a new philosophy definitely in shape and in the way he sees things.

“Wherever you’re experienced or not, it’s still a matter of getting your head down, working hard and getting fit when you come back for the start of the season.

“It’s been strange coming back so late with the World Cup. It’s been staggered with some players having been back for four, five or six weeks, and some two, but there’s going to be plenty of games coming up.”