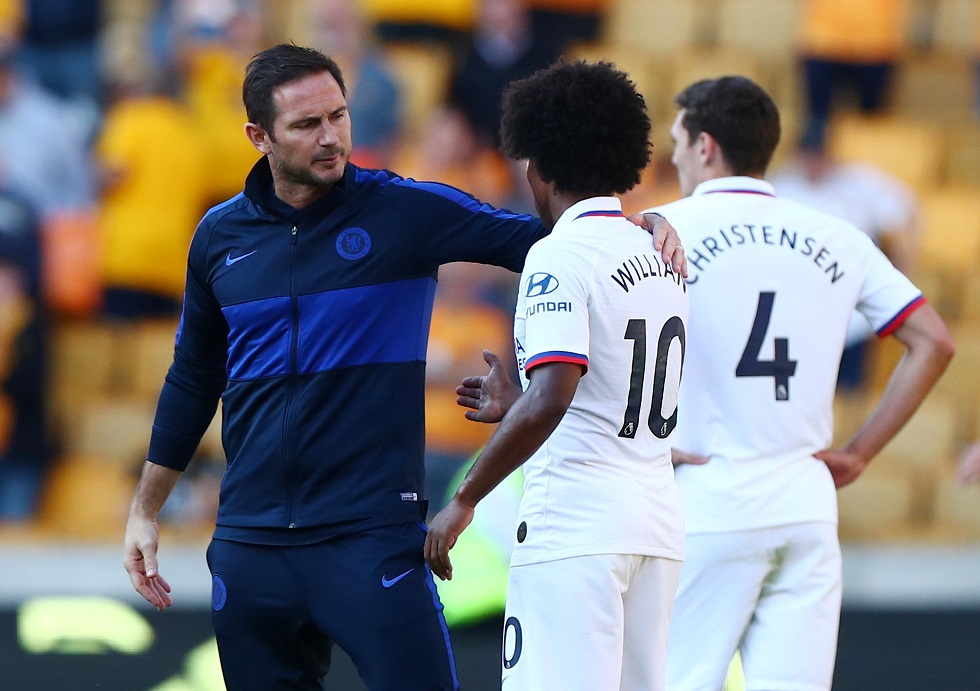 Willian has urged the Chelsea ownership to be a bit more patient with Frank Lampard than they have been with previous managers.

Roman Abramovic has always been quick to pull the trigger on coaches whenever they stopped delivering.

Lampard’s return to Stamford Bridge as a manager has not been the smoothest journey but fans are certainly excited about the Englishman’s methods. After a 5-2 victory over Wolves on Saturday, Chelsea have climbed up to the 6th spot of the Premier League table, above Arsenal.

“The fans love him and he knows the club very well. I think now it’s time to give more time to him. I’ve been at Chelsea six years and I’ve had five different managers already!

“Maybe now it’s time to give more time like Man City do, like Liverpool do, three or four years. That could be very important.”

Willian is eager to extend his stay at South London as he added, “From my side, I want to stay here. I know I only have one year left but I feel good playing for Chelsea.

“I like playing for Chelsea. I have the affection with everybody, the fans, the people that work at the club. Maybe this will be at the end of the season. Now is not the time to think about it. I just want to play my football and to help the team this season.”