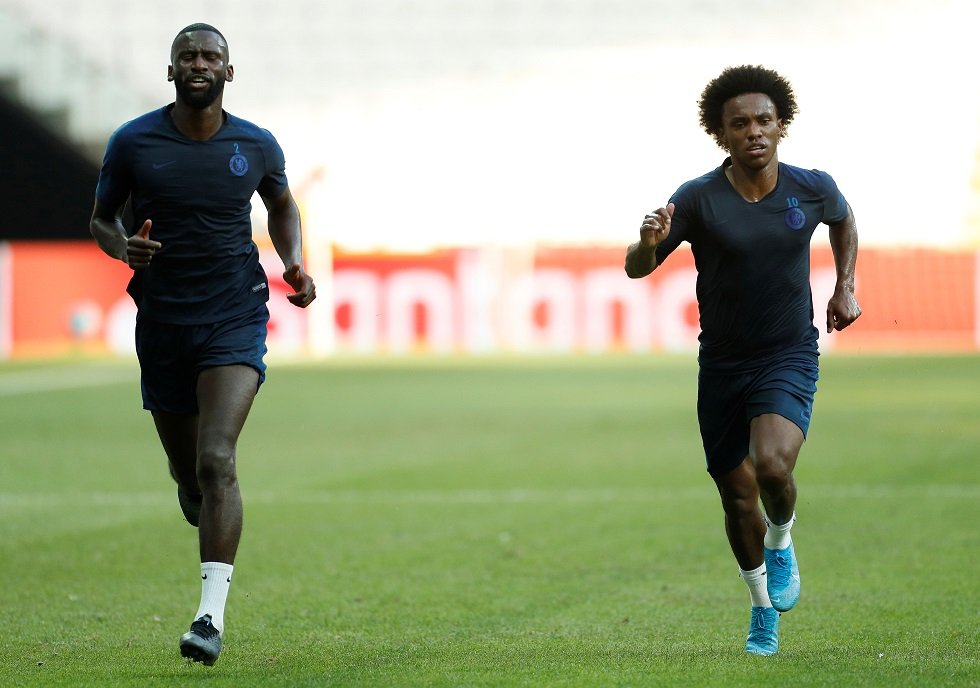 Frank Lampard has positive injury news for once ahead of the Champions League group fixture against Valencia.

N’Golo Kante has hopefully put an end to his recurring injury absences as he establsihes himself back in the Blues lineup.

One more figure Chelsea could really have back is Antonio Rudiger. The German centre-half was seemingly back from a long injury absence but he suffered a setback in the 2-5 win against Wolves in September.

He has returned to training with the first team and Lampard said the defender is nearing a full return. Simon Johnson of the Athletic quoted the Blues manager, “Lampard says he hopes Hudson-Odoi will be fit for the weekend. Rudiger a case of getting match fitness back but encouragingly says ‘it’s days rather than weeks’ before he’s available for Chelsea.

“*correction. Regarding Rudiger, Lampard said ‘it will be days and weeks rather than months’ before he returns. So as I thought earlier today, he won’t be back for a while yet. Has to work on his match fitness.”

Chelsea are second in their Champions League group, level on points with Valencia and Ajax. Callum Hudson-Odoi could be available for selection but Christian Pulisic has clearly climbed over him in the pecking order.