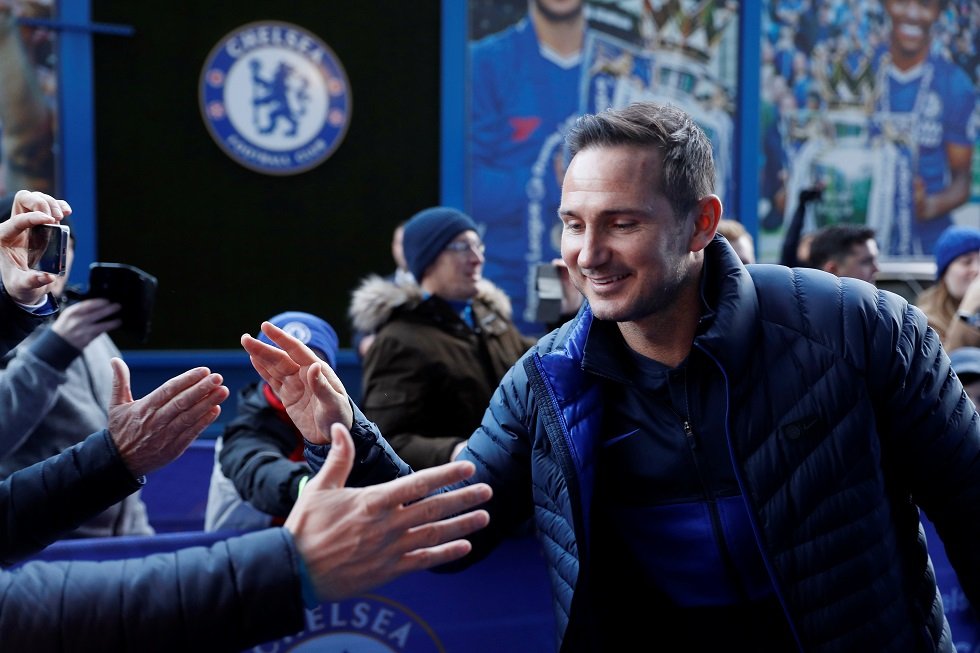 It might not be premature to say the first player Chelsea is going to try and sign, once the transfer ban is lifted, is Ben Chillwell.

We all know the one position that the Blues are the weakest at and that is the left-back post. Emerson Palmieri has been given the run around this season and has proven to be only a faster version of Marcos Alonso with the same defensive gaps in his games. Riyad Mahrez made the Italian chase his own tail in the 2-1 defeat at Etihad last month and proceeded to score a stunning goal.

Frank Lampard is also eager to create a core group of British talent with the likes of Mason Mount, Tammy Abraham, Reece James and Fikayo Tomori already turning into regulars. It has been reported that the Blues boss has set his eyes on Leicester City’s Chilwell, the 22-year-old fullback who has turned into an 11-cap England international.

Gareth Southgate rates him so highly that Danny Rose has been made to take a backseat in the late Euro 2020 qualifiers. And Chilwell, fully deserves all the praise he has been earning lately. He got to make his debut for Leicester in December 2016 and now, he is helping the Foxes make a title challenge under Brendan Rodgers. He has played 12 games in the Premier League this season, scored 1 goal and laid out 3 assists. He is winning over 50% of his tackles and has also created 5 key opportunities. The Englishman is fast on the break and is equally diligent with his defensive responsibilities.

One can hardly think of a better young fullback in the current market and that is where the problem is. Don’t expect Leicester to simply hand Chilwell over for anything short of a record sum. They sold Harry Maguire for £80m and will definitely demand either more or a fee nearer to that sum. Chelsea are not shy spenders, given how they just agreed to pay £71.5m for Kepa. Their hands might just be itching to clear all that stored cash at the back of a transfer ban. But why can’t we consider a cheaper and yet, equally good alternative?

For instance, Alex Grimaldo. Do you know he has been the called the next Jordi Alba? The Benfica man is a product of the highly coveted Barcelona youth academy. He was sold off by the Blaugrana in 2016 for only €1.5m and now, he is being regarded as the next best left-back in Europe.

Grimaldo’s performances in Lisbon drew in interests from Atletico Madrid but the La Liga outfit settled on signing the cheaper Renan Lodi. Sure, Grimaldo is a couple of years older than Chilwell but that also means he is more developed. The 24-year-old boosts off like a rocket on the flanks and can really fit into Lampard’s attacking style of play. He is far more technical than Chilwell and can really give Chelsea an attacking outlet like the one Jurgen Klopp’s Liverpool has.

The best part is, both Grimaldo and Chilwell signed extensions with their clubs till the summer of 2024. However, Chilwell’s price shot up to around £60-70m while Grimaldo can be acquired for only £40m. The latter is held in high regards by Pep Guardiola as well, from his time at Barcelona. It is clear that Grimaldo is ready to take the next step into his career and this should be Chelsea‘s time to strike – if the transfer ban is lifted in January!