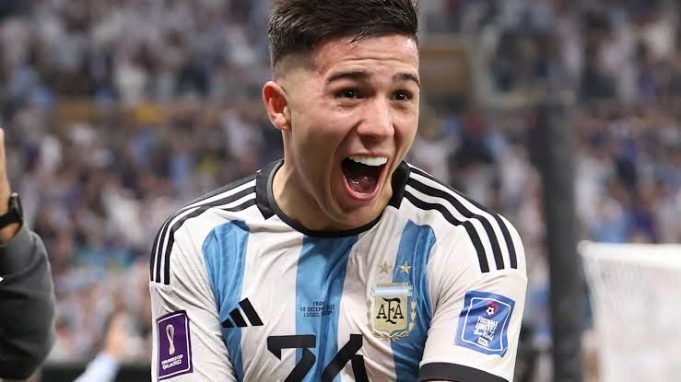 Josko Gvardiol, a defender for RB Leipzig, was one of the top backs at this World Cup, leading Croatia to a third-place finish.

The 20-year-old was extensively connected to Chelsea last summer, and they are still interested in him. On Monday, Fabrizio Romano updated the crowd on their club’s efforts to sign the Croatian.

Fabrizio Romano claims that despite several parties being interested in Gvardiol, the German team is holding out for £78 million. Since his performance at the World Cup, Chelsea has been trying to close the deal since August, but they are now up against more opposition.

He is seen as a “top talent for the future” by the Blues, who appear to be making this a key component of their recruitment strategy under new owner Todd Boehly.

Pau, who is 23 years old, is playing for Villarreal in his debut season as a starter. He has already appeared in 31 games for the Yellow Submarine this season following a loan at Malaga.

This hasn’t escaped the attention of Chelsea, who are trying to resurrect their defence. It will cost them money to achieve this though because the player has a 45 million euro release clause.

Here are the top midfielders Chelsea are targeting –

Following news that discussions are still underway for Benfica midfielder Enzo Fernandez, Chelsea may submit another offer for him soon.

Although Roger Schmidt, the manager of Benfica, officially said that the agreement had been reached and that Enzo would remain at Benfica over the summer, conversations are apparently still going on behind the scenes.

Chelsea could make another offer, but it will probably have to be the £105 million release clause they pay. Benfica is adamant that Enzo won’t accept a lower offer.

Romeo Lavia’s agency and Chelsea have spoken about the possibility of a January transfer.

When Chelsea made a £50 million offer for Romeo Lavia in the last week of the summer transfer window, it was clear that the player was a top priority for the club.

Lavia had just transferred from Manchester City to Southampton, so the latter team was unwilling to consider any offers for the player. A buy-back option in his contract with Manchester City further complicates negotiations.

Chelsea is apparently interested in the star, and the chance to work with Graham Potter again is undoubtedly alluring.

Trossard is eager to bring Potter to Stamford Bridge since he was one of his first acquisitions as manager of Brighton.

With 25 goals and 14 assists in 116 appearances for the Seagulls, the ex-Gent attacker has established himself in the Premier League.

He has excelled this season, scoring seven goals in 16 appearances, including the 4-1 demolition of Potter’s Chelsea.

Thuram was previously believed to be remaining, but new reports indicate that he may be open to moving to Chelsea.

If Chelsea wants to sign Marcus Thuram, he will be available for £10 million in January. As things stand, the Blue’s are currently in negotiations.

Advanced negotiations have been conducted, but no deal for Thuram has been reached. Thuram has had a change of heart and is now open to moving to Chelsea.

Chelsea, who had agreed on a price with Leeds United for Raphinha, now unexpectedly behind Barcelona in the competitive transfer race to get the 25-year-old Brazilian.

It was widely reported on Friday night in Spain that Barcelona had matched Chelsea’s £60 million asking price and that the winger will soon join with the Spanish powerhouses.

According to a recent report from CBS Sports’ Ben Jacobs, this is not the case, as the Blues are still very much in the race. On Saturday morning, Jacobs tweeted that although advanced negotiations have proceeded, Leeds had still not accepted any offer from Barca. Watch & Bet Football Live =>