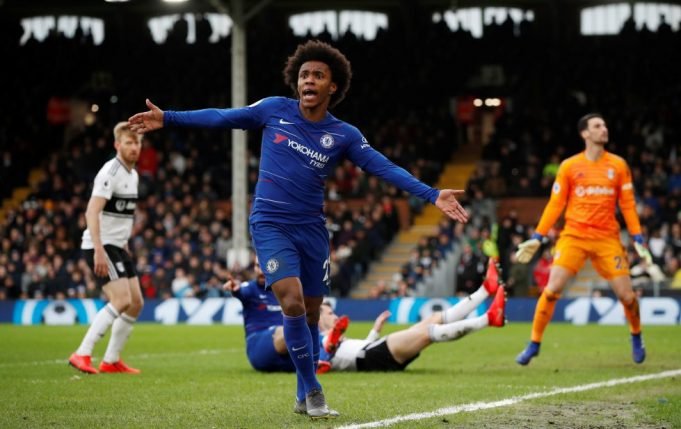 Willian revealed that negotiations have stalled between him and Chelsea over a new contract.

The Brazilian is in his final year with the Blues but could leave Stamford Bridge this summer.

Chelsea have a policy of not offering players over 30 a contract over two years. Willian, who will turn 32 in August wanted a three-year committment from his current employers but Chelsea were only willing to deal the minimum.

“The only concrete negotiation was to renew a contract with Chelsea, which wasn’t possible,” he told UOL. “They wanted a two-year contract and I asked for three. Now, everything has stopped. I will only have news when I return. My desire is to stay in the Premier League, but I don’t rule out playing in other leagues. I’ll see what happens.”

Willian has proven to be a very important cog in Frank Lampard’s attacking style of play. His experience and technical abilities have helped break down teams much easier. The winger has filled the gap in terms of age at a relatively young Chelsea side.

Losing him could be detrimental to Chelsea’s immediate future. While Lampard is bound to get top players in this summer, keeping Willian on is his best bet to keep the front line firing. Callum Hudson-Odoi is still very young and Christian Pulisic has struggled to get on in his debut campaign due to injuries. Mason Mount started off in good form but dropped off the radar midway through the campaign.

This clearly indicates a transitional phase at Stamford Bridge where young prospects are still coming into their own. Willian is a good role model for a lot of these rising stars, a good professional and a consistent performer.