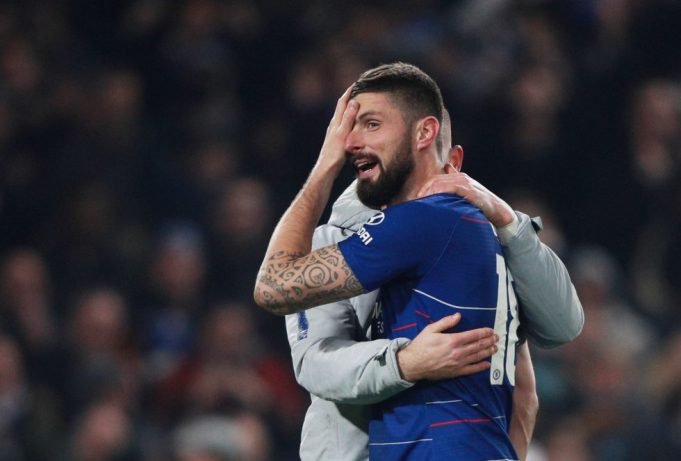 Olivier Giroud admits he tried his hardest to leave Chelsea this January.

What looked like a sure thing this season with Giroud in his final season with the Blues, ended up not happening.

There was interest from Inter Milan and PSG during the winter transfer window. Antonio Conte was specially invested in reuniting with his 2018 signing at the San Siro but the move never materialized. Chelsea could not track down a replacement and thus, could not part ways with the 32-year-old.

Frank Lampard has been reluctant to use Giroud in his lineup all season due to his lack of pace and athleticism. The Frenchman, in turn, surprised his manager by scoring twice out of the three Premier League starts he got this year. He proved his professionalism and exactly what he brings to the table – which is experience and a consistent scoring threat. Giroud might not be like the number nines of modern football but he has some qualities which are still unmatched in the Premier League.

The veterans hold up play is next to none and so is his ability to link up with his teammates in attack. Giroud is also a great aerial presence in the opposition box, strong arming defenders to his will. A lack of playing time understanably made him frustrated at Stamford Bridge along with the growing pressure from international boss, Didier Deschamps.

“To be honest, I saw myself playing elsewhere,” he told Telefoot. “I had six tough months, which is why I wanted a change of scene to get back to playing and enjoying myself on the pitch, so I tried to leave in January.

“I did everything I could, but Chelsea didn’t want to let me leave because the condition in place was that they had to bring in a replacement. On January 31, I still hoped that I would leave. I was very disappointed, but I’d say that by the following morning, I’d put that behind me.”