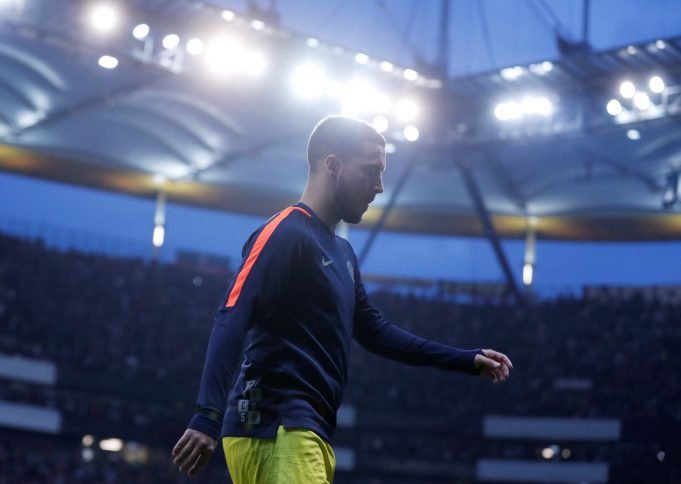 Chelsea are about to host Watford tonight at the Stamford Bridge and it could be the game where the fans get to bid farewell to Eden Hazard.

The Blues still have to overcome Eintracht Frankfurt in the Europa League sem-final and has to remain perfect for the remaining two games of the Premier League.

Maurizio Sarri might have closed out a Champions League qualification for next season but that still would not be enough to convince Eden Hazard to stay.

No official report has come out from either Real Madrid or from Chelsea, revealing the player’s transfer but it is widely being speculated a deal has been struck.

It is expected to be an emotional sending off for Gary Cahill and fellow veterans, David Luiz and Olivier Giroud.

We will have to wait and see if Hazard will take this opportunity to bid farewell to the club’s fans after a long arduous season. The Belgian has been the club’s attacking talisman ever since he stepped into the side in 2012.

Everyone can expect to see his family at the club grounds on Saturday evening.