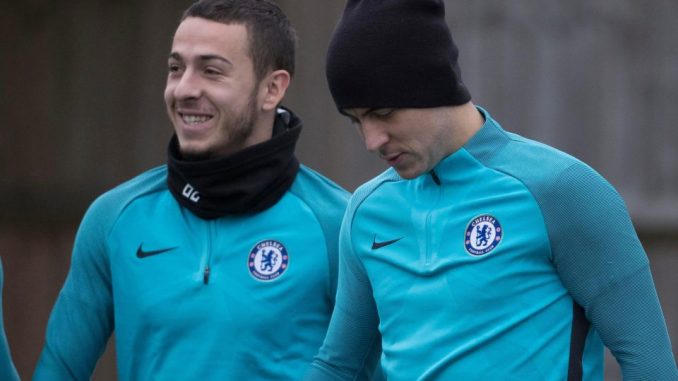 Chelsea have confirmed the departure of Kylian Hazard to Belgian club Cercle Brugge. Kylian Hazard is the younger Brother of Eden Hazard and he joined Chelsea from Hungarian club Ujpest in 2017. He made a few appearances for the U23s before departing for Cercle Brugge last summer.

Hazard has made 21 appearances for Cercle Brugge this season, scoring 4 goals and providing an assist. Hazard’s performances for the club has propelled Cercle Brugge to sign him on a permanent basis. The young attacking midfielder has signed a contract at the club till 2023. Cercle Brugge are currently 13th in the Belgoan Pro League table.

A statement from Chelsea read, “Chelsea Football Club has agreed terms with Cercle Bruges for the permanent transfer of Kylian Hazard. The 23-year-old Belgian, younger brother of Blues forward Eden, joined us from Hungarian side Ujpest in the summer of 2017, making 11 appearances for our development squad last season, including a goalscoring debut against Swansea City.

Hazard has spent the current campaign on loan in his homeland’s top flight with Cercle Bruges, scoring four goals in 21 appearances in all competitions, and will make the move permanent when the summer transfer window opens. We thank Kylian for his service to the club and wish him the best of luck for the next chapter of his career.”