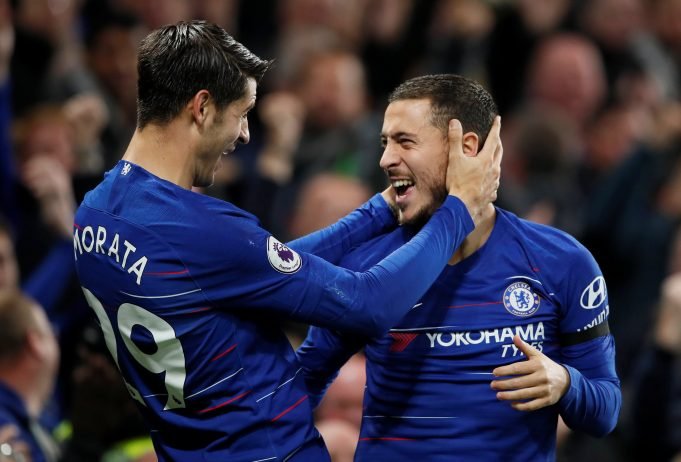 Morata joined Chelsea last summer on a massive transfer fee and he began his spell at Chelsea well. However, his performances deteriorated and he hasn’t been the lethal striker he once was.

This season, the Spaniard has scored only  goals in 21 appearances so far. He hasn’t scored a single goal since scoring a brace against Crystal Palace in November and hasn’t even been in Chelsea’s squad for their last four league matches.

Sarri said, “We need to be balanced on the pitch and be more solid. In the last matches I prefer this solution (Hazard at forward). For the future everything is open. I think that Alvaro is better in the box and better to attack spaces but I have to say Eden is improving as you saw in the last match with the second goal, he attacked very well the space.

It’s different as Eden is better when he comes to play with the midfielders and opens spaces. He’s another way of playing. I want to see the physical condition of the players. We will decide after training.”

Sarri also said that Morata is fit enough to play today’s match against Crystal Palace at Selhurst Park. He said, “Alvaro’s potential is to be a very good player. He’s fit, yes.”