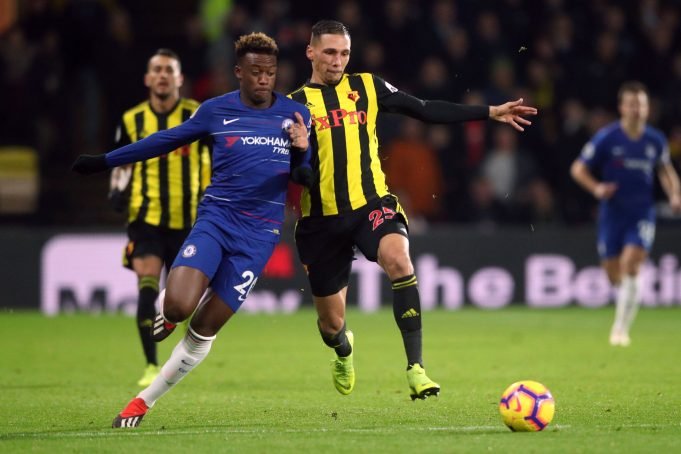 According to reports from Sky Sports, Bayern Munich have made a second bid to sign Chelsea youngster Callum Hudson-Odoi.

There were reports earlier that Chelsea rejected a bid of £13.5 million from Bayern for Hudson-Odoi. However, the Bavarians have now made a second bid of £20 million for the Chelsea teenager.

Hudson-Odoi is a product of Chelsea’s youth setup and he joined the senior team in 2017. He has since made 10 appearances for the club, scoring a goal and an assist. His goal and assist have both come in this season in a Europa League game against PAOK last month.

The 18-year old made his first Premier League appearance as a substitute in Chelsea’s 2-1 win over Watford earlier this week.

Hudson-Odoi’s current contract expires in the summer of 2020. Chelsea are reportedly looking for a sum of £22.5 million to sell Hudson-Odoi.

Bayern’s current options at winger include Franck Ribery and Arjen Robben who are at the twilight of their careers right now. They have youngster Serge Gnabry who is currently injured. Hence, Kingsley Coman is the only recognisable winger they have now.

Thus, the addition of Hudson-Odoi will be a big benefit for Bayern Munich