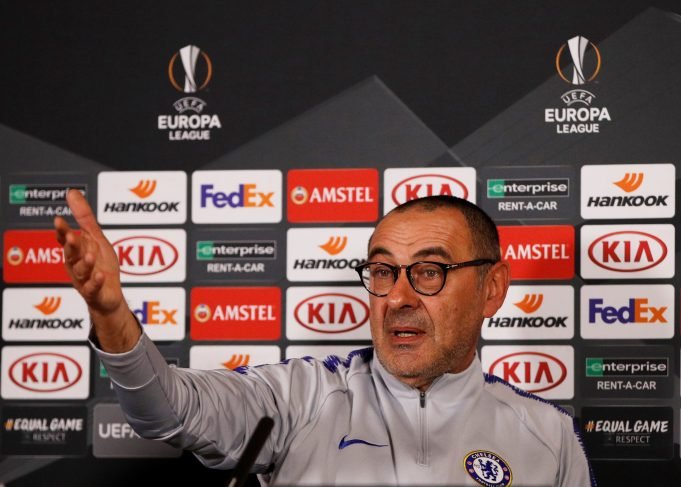 Chelsea manager Maurizio Sarri feels that the transfer ban can affect Chelsea a great deal. FIFA announced that Chelsea lost their appeal to the ban and their ban was upheld. Chelsea hit back at FIFA’s decision with a scathing reply.

Nevertheless, Chelsea still have the transfer ban for two years. Sarri feels that with the ban, the chances of Chelsea narrowing the gap between themselves and Manchester City and Liverpool have also lessened.

Sarri said, “It would be very difficult to cover the gap at the moment. We need to work. Probably we’d need something from the market. So it’s not easy because the level of the top two is very, very high. I don’t believe in buying 10 players. I think we’d have to buy only one or two players. Otherwise it’s very difficult to improve immediately. I think we are a very good team, and so we need only one or two players.”