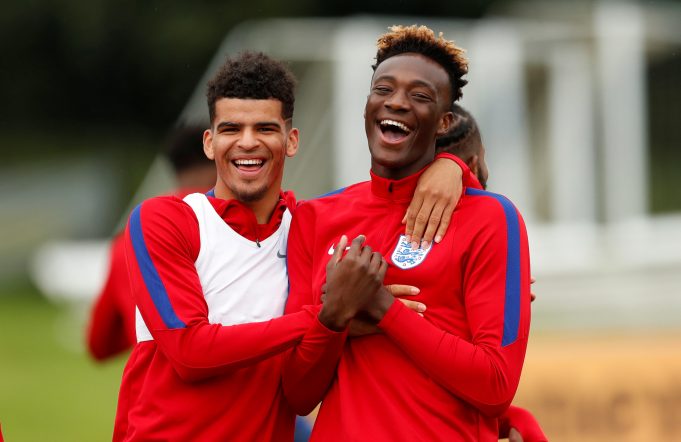 Maurizio Sarri has admitted to being more vigilant of the club’s on-loan players, now that the possibility of signing new ones have been wiped out by FIFA.

Roman Abramovich is expected to save millions next season since there will be no way to meet the Italian manager’s demands. The Blues might have to resort to filling up a 23-man squad by recalling some of their players from loan.

One of them could be Aston Villa striker, Tammy Abraham. The Englishman has stood out in the Championship this term, scoring 25 goals in 39 appearances.

Villa manager, Dean Smith is eager to recall the 21-year-old for a second spell at Villa Park but it all could depend on the wishes of Sarri. Chelsea’s striker problems are about to be magnified this summer with Gonzalo Higuain set to make his return to Juventus.

Alvaro Morata has already been sent out on a two-year loan deal to Atletico Madrid and Olivier Giroud is frustrated with his secondary role under the ex-Napoli coach.

Sarri has often been criticized in the past for ignoring Callum Hudson-Odoi’s talent, some even claiming the Blues boss to be favourable of veteran stars only.

Ahead of Chelsea’s Europa League semi-final tie against Frankfurt, he said, “I like to play with young players, it is not a problem.

“Every month I have a report on every player on loan, we have about 45. We need to consider who is ready, but at the moment I want to be ready for the semi-final.

“There are two or three players that are very interesting, but we have to understand the level. I won’t say the names.”