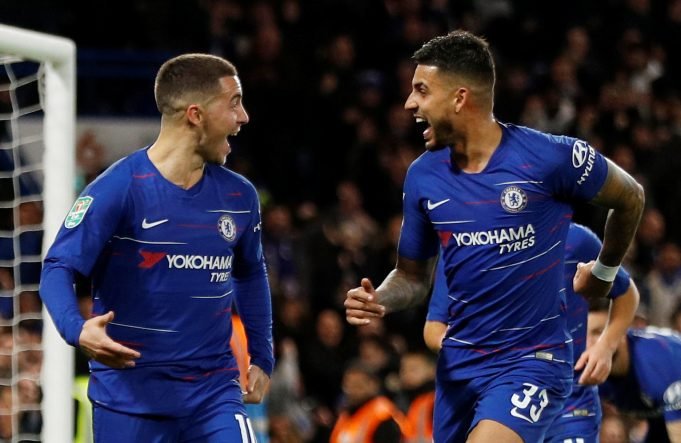 Chelsea manager Maurizio Sarri has hailed Emerson Palmieri for his delectable display against Tottenham Hotspur in the second leg of the Carabao Cup semi-final. The Blues overturned a one-goal lead taken by their north London rivals in the first leg of the tie as Eden Hazard and N’Golo Kante scored for them in a dominant display in the first half.

However, Spurs got one back through Fernando Llorente which took the match into penalties. Kepa Arrizabalaga shut out Lucas Moura after Eric Dier blasted his spot kick over the bar and helped his side to book a place in the final against defending champions Manchester City.

Speaking to the club’s official website, the Italian gaffer expressed his delight for the victory, “I think that they reacted very well tonight. But I didn’t attack my players, I only said we had a problem. The reaction was very good but I think we need to have motivation with continuity now, but I was very happy with the performance before the penalties.”

Speaking about Emerson’s “quality” performance, Sarri said, “Emerson will stay with us, for sure. He’s very important. He’s improving. Sometimes I had a little problem to put him in because we are not a very physical team so when we play with three little players in the same match, set-pieces could be a problem, but not for another reason. I’m very happy with him, he’s improving and he’s a very good player.”