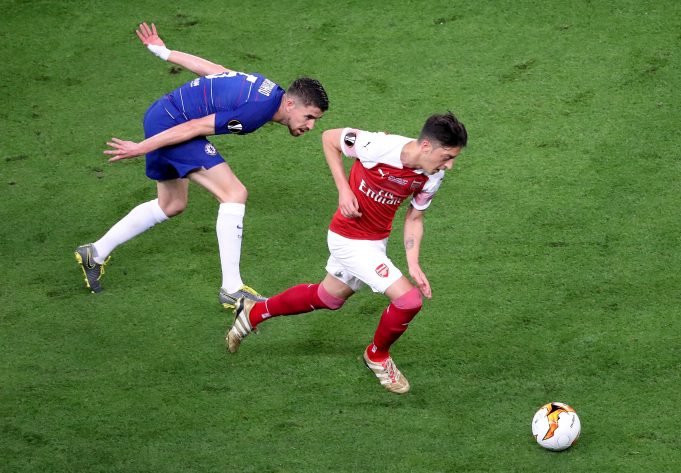 It is fair to say that Jorginho did not have the best start to life at England after he was booed off the pitch by his own fans.

It seemed like a joint disaster setting with the midfielder being called Maurizio Sarri’s pet and the duo’s method of possession-based deep role not going according to plan. Jorginho played majority of the Blues games last season, surpassing 3000 passes and yet, could not register a single assist.

However, the 27-year-old has taken the challenge to move past his shortcomings and to grow under the new head coach, Frank Lampard. He said, “Sarri was my manager, he wasn’t my friend. We worked together for four years but now this is another time, another page, another chapter, another time in my life.

“I look for that now. Sarri left, and I stayed here, and I need to do a job for my team now at Chelsea. Of course, I want to stay for a long time. I have a long contract here, another four years, and I am very happy at the moment at Chelsea.”

It was Jorginho who set up Tammy Abraham for the opening goal of the 2-1 win over Barcelona on Tuesday night.

“I think I am more aggressive. I learnt a lot last season with intensity and aggressiveness in our system. I can help my team-mates this season,” he continued.

“My characteristics are to be there and to control the game, organise the team. I stay in the middle and my team-mates can go to attack. Maybe it will mean more assists this year, maybe not.”

Lampard has chosen to implement a 4-2-3-1 formation with Jorginho and N’Golo Kante manning the two deep midfield roles.

Jorginho said, “It is new for me in this formation – but I like it. I have more space to create and it means I am more free and I can do more things with my creativity. I think I can adapt.

“Of course, you need a little bit of time but we are working very well. We have put in a lot of work. We tried to push and it worked well against Barcelona.

“Last season we had three midfielders, and now we are in a two. We are trying to work hard and we need to run a lot! But I think we can do many good things.”