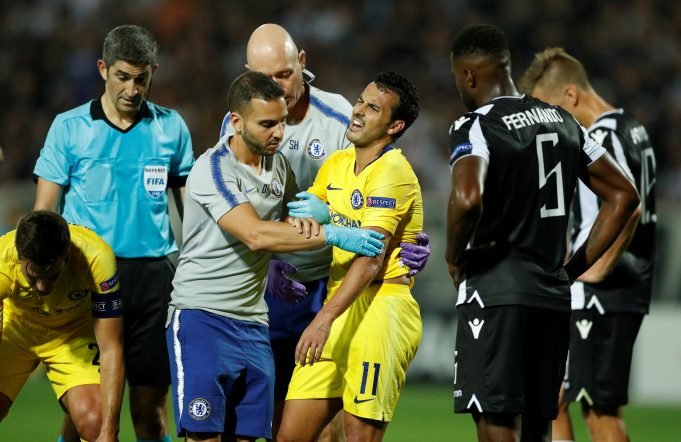 Chelsea forward Pedro has dismissed any injury concerns about him. The Spaniard sustained a shoulder injury during Chelsea’s Champions League opener against PAOK.

During the dying moments of the match, Pedro collided with PAOK goalie Alexandros Paschalakis. This injured his shoulder and he limped off the field.

Following the match, Maurizio Sarri said that he did not know the extent of Pedro’s injury. However, the 31-year old himself confirmed that the injury is not severe.

Pedro released a statement on Instagram that read, “Good start in the Europa League. Everything’s ok despite the incident at the end of the game. Come on Blues!”

Chelsea defeated PAOK 1-0 thanks to Willian’s early goal. Willian also donned the captain’s armband for the match as Cesar Azpilicueta was on the bench.