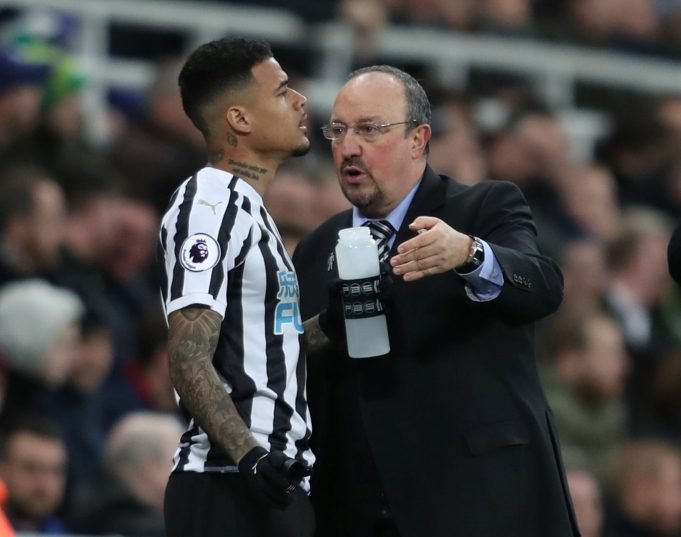 On loan Chelsea winger Kenedy has not been able to perform as expected since his arrival at Newcastle United last summer. The player has managed to score just one goal this season so far and has dished out one assist to show for his efforts after making 20 appearances for the Magpies so far this season.

The player has fallen down the pecking order under the tutelage of the Newcastle manager Rafa Benitez and needs to revive his form with the business end of the season coming up. There are 13 matches more to be played for the Tyneside club and the Brazilian ace needs to step up in his role as he did in the last term after his loan move to St James Park from Chelsea for the second half of the season.

His form was exceptional and he contributed with both goals and assists after being left out on the bench by Chelsea for the first half of the last term. However, he has not been able to replicate his form from the last term so far this season for the Magpies and needs to find his form and start delivering positive results for his side.

If Kenedy can do so, it will not only come as a piece of a good news for Rafa Benitez’s men, but it will also help the Brazilian wantaway find his way back from hibernation to a permanent place in the Newcastle United starting eleven.