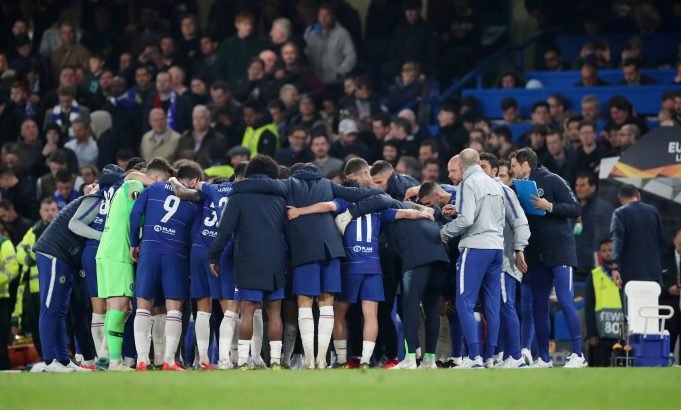 Maurizio Sarri has insisted it was his team’s character that helped them in overcoming the penalty shootout against Eintracht Frankfurt in the Europa League semifinal.

Chelsea booked a place in the Europa League final as they defeated the German side 4-3 in penalties and will take on their London rival Arsenal in the final in Baku.

Ruben Loftus-Cheek’s first half goal was cancelled by Luka Jovic and both the teams failed to find a breakthrough during the regulation time. The game got stretched to the penalty shootout but Blues captain Cesar Azpilicueta almost spoiled the plot as he missed his penalty.

Chelsea keeper Kepa Arrizabalaga came to the rescue as he saved two spot-kicks to send Chelsea to the final.

Sarri said, “There is no preparation for penalties because you can kick very well in the training ground, but then the pressure is different

“You need a great personality, a great character. I think it’s really useless to try [to prepare for] penalties.”

“Now we need to rest. We have to recover energy because we are really very tired.”

I think we played a very good first half.

“Then in the first part of the second half, we went in trouble. We were passive in the defensive phase, so we conceded the goal, 10 minutes of panic.

“Better in the last part of the match, then in the extra-time, I think we were really tired – after 60 matches to play 120 minutes it’s really very difficult and we were unlucky during the match because we lost (Andreas) Christensen, we lost (Ruben) Loftus-Cheek.

“We started the match with three injuries and two injuries during the match, it’s not easy but in the end, we can play the final.”