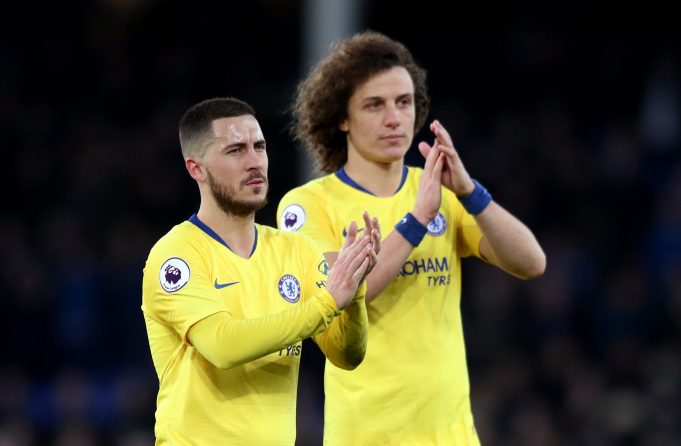 Chelsea defender David Luiz has signed a two-year contract extension for the club. Luiz first moved to Chelsea from Benfica in 2011 on a transfer fee of €25 million. He stayed at the club till 2014 before signing for PSG.

Luiz then came back to Chelsea from PSG in 2016 on a transfer fee of £34 million. So far, Luiz has made 246 appearances for Chelsea, scoring 18 goals and providing 12 assists.

After falling down the pecking order under Antonio Conte last season, Luiz has been a regular under Maurizio Sarri this season. In 48 appearances across all competitions, Luiz has scored three goals and has provided  assists.

Luiz has helped Chelsea win several titles during his time at the club including the Champions League in 2012 and the Europa League in 2013.

Upon signing his new contract, Luiz said, “I am so happy to be here and to have this opportunity to stay. I love this club and I still have the ambition of a young player. It means a lot to reach another European final, and we still have the opportunity to finish in the top three of the Premier League this season and I will continue to try to do my best to help the team.

Upon the Brazilian’s extension, Chelsea director Marina Granovskaia said, “We are delighted David Luiz will be staying with the club. He has set the perfect example to those around him throughout the campaign and been a huge influence on and off the pitch. With the Europa League final still to come, we hope to finish off the season with silverware and David will be central to that success in Baku and beyond.

Luiz has done brilliantly this season and will hope to do so in Chelsea’s final two games of the season against Leicester City and Arsenal.