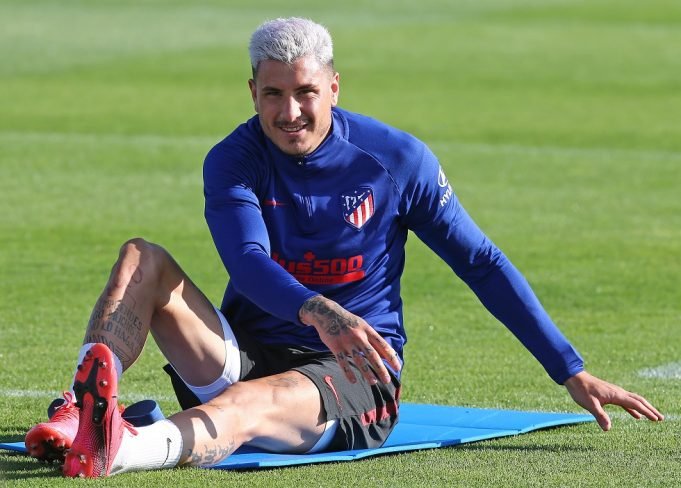 Jose Gimenez has revealed his love for Frank Lampard as a football player.

With transfer speculation growing heavy over the Atletico Madrid defender’s future, this is a brilliant sign for suitors, Chelsea.

It is unofficially a come-and-get-me plea to Lampard and the rest of the Chelsea ownership. Fans know how badly the Blues need to stiffen up their defence and bringing in Gimenez from Spain would be a massive improvement. At 25, he is already one of the most prominent figures in the Atletico backline.

The Uruguay international is aggressive on the tackle, calm with possession and is quite resolute in physical battles. He commands all the traits needed in a top centre-half. That is the level of quality Chelsea should be aiming for if they plan on challenging for the title once again. Lampard has stepped up his recruitment on the attacking front but he still needs to address his backline.

Luckily for him, Gimenez already rates the Blues boss highly as he said, “I would have liked to play with Lampard. I always used to watch Chelsea as a kid, loved them.”

The door has now been left wide open for Chelsea to drop in a bid. The only problem is, Gimenez’s asking price expected to be quite steep and his contract is due to run until June 2023.