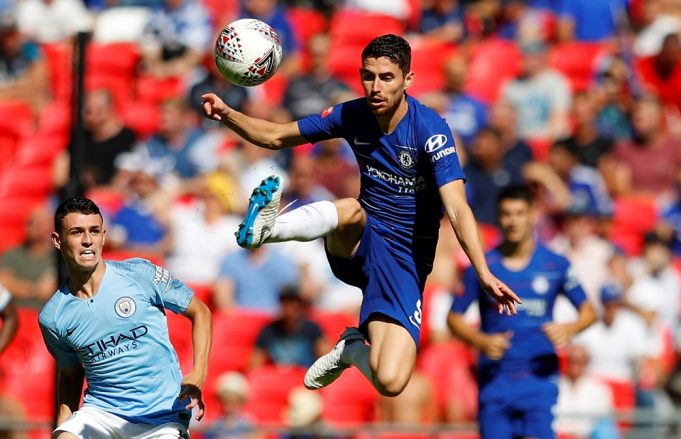 The midfielder joined Chelsea in the summer transfer window

The 59 year old raided his former club Napoli to sign midfielder Jorginho, signed a five-year deal with the club for a fee around £57 million. He became the Blue’s first signing this summer.

The Italy International was a key player for the Serie A giants and established himself as one of the best midfielders in the world. He is known for linking the play between defence and attack.

The midfielder has featured in all the 6 Premier League fixtures so far this season and has been very impressive under the Italian manager. The London Outfit are still unbeaten in all competitions and are in third place in the league table.

The 26 year was heavily linked with a move to Manchester City before moving to Stamford Bridge as Pep Guardiola wanted a long term successor of Fernandinho. However, he snubbed the chance in order to link up with his former manager.

Jorginho has admitted that Sarri played a big part to choose Chelsea over rivals Manchester City and is relishing to work with him this season.

He told ESPN Brazil as quoted by Metro: ‘There are a lot of things behind a negotiation process.

‘I believe Sarri’s arrival played a big part on it.

‘And there’s also the greatness of Chelsea, such a big club. So these factors helped me making my mind.’

On his relationship with the club’s new manager, the Italian added: ‘Yes, it’s pretty good. ‘He’s always bantering, joking with me.

‘He didn’t call me, because he’s not the type to be phoning players, but of course, through agents, I knew what his wish was and what kind of work would be put in here.’