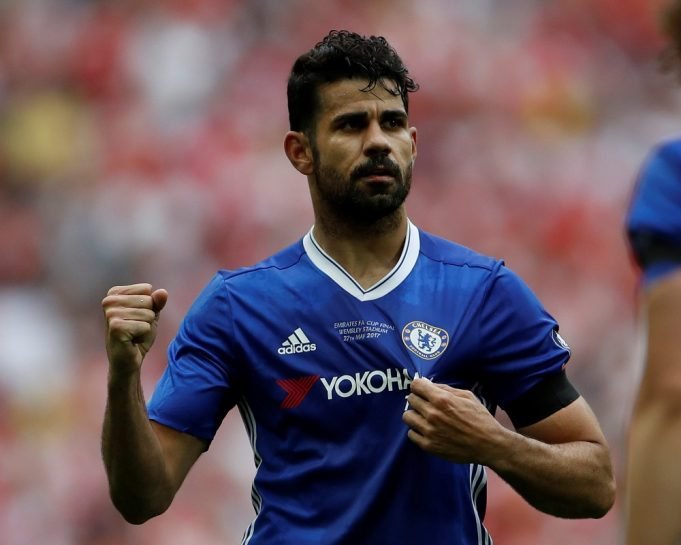 Diego Costa joined Chelsea from Atletico Madrid after the club agreed to meet his £32 million buy-out clause, signing a 5 year contract back in 2014. He established himself as a key player for the club in his debut season, scored 20 Premier League goals and helped the team to win League Cup and league title.

But the Striker had a major row with the Italian manager as he considered him surplus to requirements and told him by text message that he was no longer part of his plans at the club.

The 29 year old agreed to rejoin his former club Atlectico last summer in a £57 million deal but could not play for them until January because of the club’s embargo on registering new players.

Costa has once again criticized his former manager Conte for the way he treated him and revealed he left the Blues for his behavior. The Italian was sacked this summer and replaced by Maurizio Sarri.

‘I don’t regret that experience as the Premier League is impressive,’ He told Marca . ‘I wanted to play. Chelsea are also a big club. At that time, I needed to change. I’d done things very well and wanted to try something different. I was very happy at the club and with the fans, they had a great affection for me.

‘I’m always proud and that gives me confidence, I feel comfortable. I left, I won two Premier League titles… I already told him (Simeone) that he had to sign me to start winning things. He knows that I love him, and the group… almost all of them were still there. When I left, I was leaving some colleagues I’d known since I was 10.

‘It was a very bad moment but it wasn’t my fault. People said things, but time puts everything in its place. Look where the coach is, look at Conte. I was wrong going to Chelsea because of their way of dealing with things. Cholo [Simeone] is a direct coach, and when he doesn’t love you, it’s clear and he facilitates it. At Chelsea it was the opposite.

‘I had the option of returning to Atleti and when Chelsea told me to go back to training with the B team… I was clear that I was going back to Atletico, even though there were other offers. If not, I would’ve stayed in Brazil with my family. I had to live my whole life with my family. I have other values that no money can buy.’