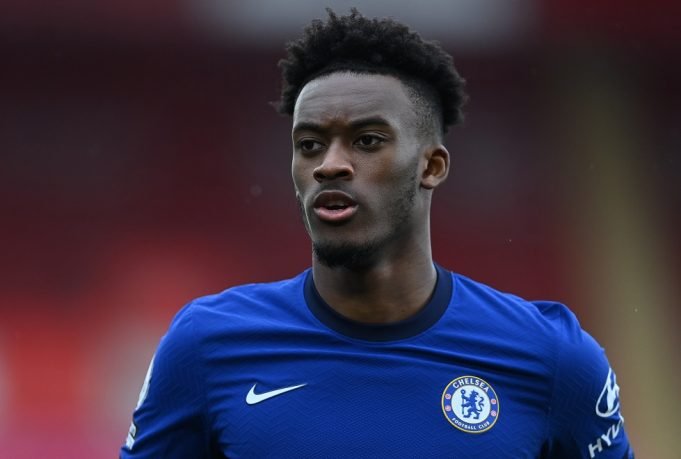 Thomas Tuchel explained why he took off Calum Hudson-Odoi at half-time.

Chelsea finished the game level against Manchester United with Hudson-Odoi starting on the right flank.

While he had a positive impact in the first half, Tuchel admitted that his injury was not the only reason behind him being taken off.

The Chelsea boss said, “[He was] a little bit injured.

“The reason [he was replaced] was a tactical reason and a little injury, a combination, because we switched to a back five in defence and covered the wide position from [Marcus] Rashford in between [Cesar] Azpi and Reece James.

“In the second half, that was not an option to use Callum there and that’s why it was a tactical choice.”

Neither Chelsea or the Red Devils came out on top of a very drab Premier League tie on Sunday. Instead, United dropped 12 points behind league leaders, Manchester City and Chelsea could not take advantage and return to the top four spots.

Tuchel has shown to be very active with his substitutions, even choosing to bench Hudson-Odoi even after he was introduced as a substitute against Southampton.