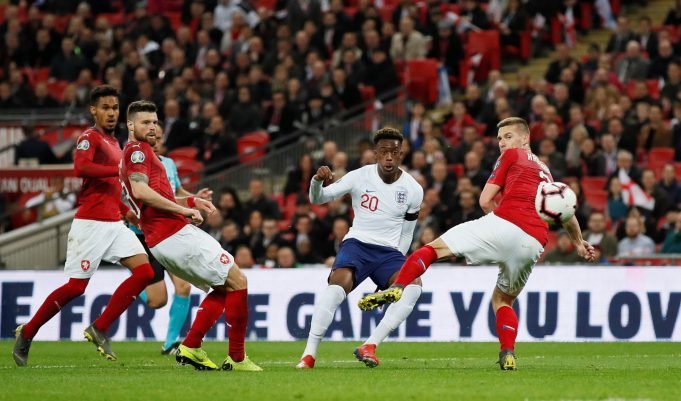 Chelsea teenager Callum Hudson-Odoi has said that he is eager to make more appearances for the national team. The 18-year old winger made his first appearance for England in last night’s Euro 2020 qualifier against Czech Republic.

Hudson-Odoi came on as a substitute in the 70th minute, replacing Raheem Sterling who completed his maiden international hat-trick just two minutes before. The winger had a scoring opportunity but Czech goalie Jiri Pavlenka saved his shot.

England eventually won the match 5-0 with a goal from Harry Kane and an own goal from Tomas Kalas.

Following the match, the Hudson-Odoi said, “I’m definitely delighted. I want to thank everybody for helping me get here, and to get the opportunity to play today is a massive feeling in front of the home crowd as well. Hopefully there’s many more to come.