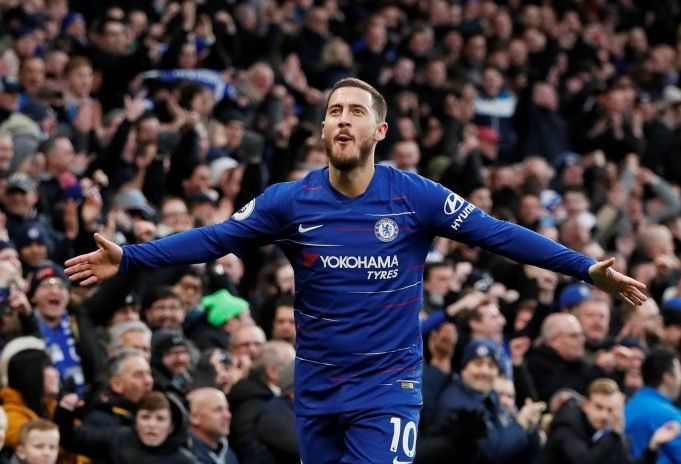 Chelsea’s Belgian ace Eden Hazard believes that the club are good enough to beat anyone if they want to.

Chelsea are having a roller coaster season with performances varying from beating City 2-0 to losing 4-0 to Bournemouth. The Blues manager called for consistency earlier this week and Hazard feels the players are now up for the challenge that will see them face City twice, United once and Spurs once in the space of a month. Moreover, two of these encounters will be in cup competitions with City facing Chelsea in the league cup final.

Hazard said, “We need to be focused. We knew before that this month (February) is going to be hard but … we are Chelsea, we can beat everyone if we want. So we just need to go play our football like we did today, and then we’ll see.”

“I think [Sarri] will be happy because he was wanting a reaction from us and we gave him one. We are happy and we’re looking forward to playing Man City [in next Sunday’s EFL Cup final]. We need to keep winning like this. This kind of game is the way the manager wants us to play.”