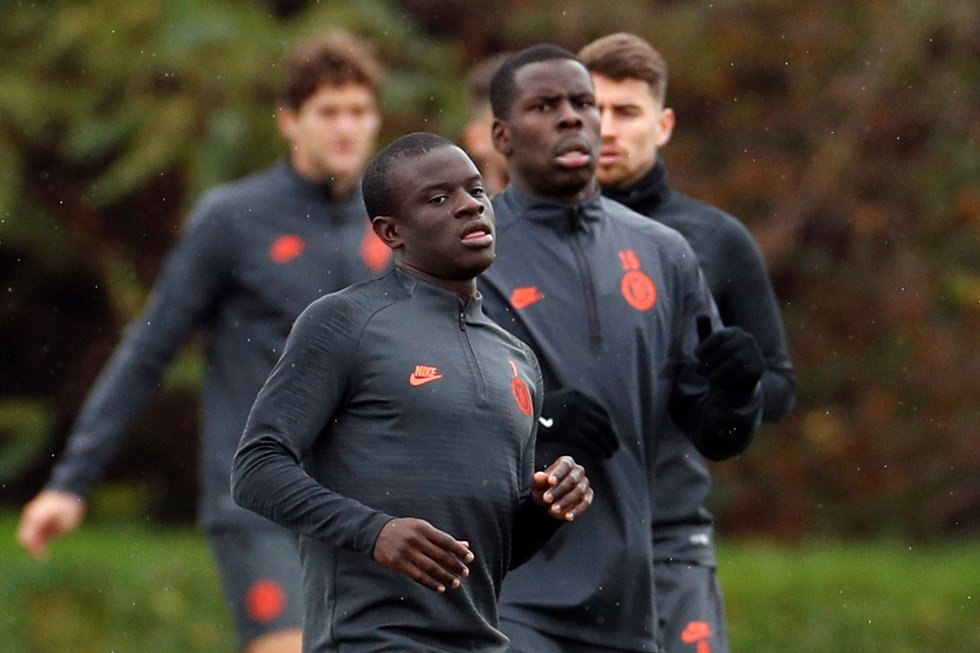 The French midfielder was spotted in training ahead of Chelsea’s Champions League clash against Ajax.

He has struggled with niggling injuries all season but seems to be nearing full fitness. His presence has been largely missed mostly due to both Ross Barkley and Ruben Loftus-Cheek getting sidelined as well.

With limited options centrally, Lampard has been forced to overplay Matteo Kovacic, Jorginho and Mason Mount in recent fixtures. It did come with the silver lining of Chelsea going on a 7-run and tightening up their attacking chemistry very quickly.

However, with Kante back in the lineup, the Blues will solve a significant bit of their defensive problems. He is a central enforcer who covers every bald of grass to keep the backline shielded properly.

“They all can do all roles as such. I’m very happy for them to be quite fluent in how they play,” Frank said ahead of the home tie on Tuesday night.

“In some games, we’ve had to break teams down this season and we need to be able to move. We can’t be too rigid in our positions or too predictable,” he added.