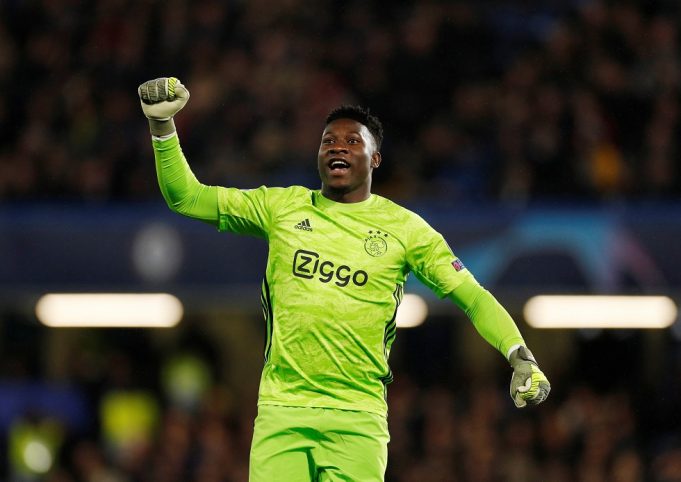 Hakim Ziyech wants his Ajax teammate, Andre Onana to join him at Chelsea from the next season.

The Blues completed a £37m transfer of Ziyech in February, making the 26-year-old Frank Lampard’s first signing as Chelsea boss.

Newer faces are likely to follow next summer if they plan on winning silverware in the future. One position that needs serious attention might be the goalkeeper post. Despite spending a record sum of £71.6m, Chelsea have not been able to find a favourable shot-stopper in Kepa Arrizibalaga.

The Spaniard was dropped for several games after a run of poor displays under Lampard. A 38-year-old William Caballero proved to be far too incompetent for Kepa to be recalled back in the 2-1 defeat to Manchester United.

Andre Onana has built up his reputation after 5 seasons with Ajax. The former Barcelona youth product helped the Dutch side reach the Champions League semi-finals through his heroics in goal. He is regarded as one of the top goalkeepers outside of Europe’s top five leagues.

Onana is preparing for a move to English football. Chelsea is the ideal destination, given their immediate need for a competent keeper. The 23-year-old would enjoy regular playing time, right upon his arrival.