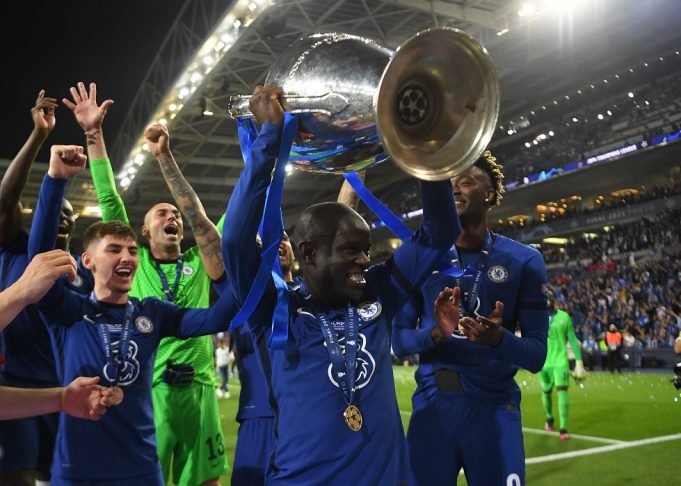 “When I arrived at Chelsea he’d been off the back of playing so regularly for a few seasons because everyone relies on him so much, he’d had an injury that took him into my first season, we missed him a lot,” Lampard said.

“You seriously miss N’Golo in big games because he’s a big-game player. Nobody will want to play against him because of the attributes he’s got.

“In those big games, finals, tournament football, players like N’Golo are just priceless.

“The main reason why he’s so good that he’s the best in the world at being a destructor. When I say destructor I’m talking about winning the ball back. To win the ball back with his anticipation, having the speed to get tight and close distances, his main attribute for me is destruction, leaving areas to win balls back.

“An old-fashioned holding midfield player you’d say would sit in front of the back four, Makelele did it years ago for Chelsea so well.

“But he has so much more to his game. When you see the distances he closes to get in front of people, that acceleration and speed, that is something special to him, it’s very unique.”

He added: “He can do multiple jobs at the same time. He makes people around him better, he helps everybody.

“He’s exactly how you’d expect from the outside, nothing’s an act, he’s very humble, very quiet, he doesn’t want loads of conversation.

“The problem I found with him more than anything was trying to hold him back in training because every day you train and you let him off the leash in an opposed session he does that, and you have to try to pull him back because he can just put that output into anything he does.

“He’s incredible, he’s exactly what you see from the outside.”