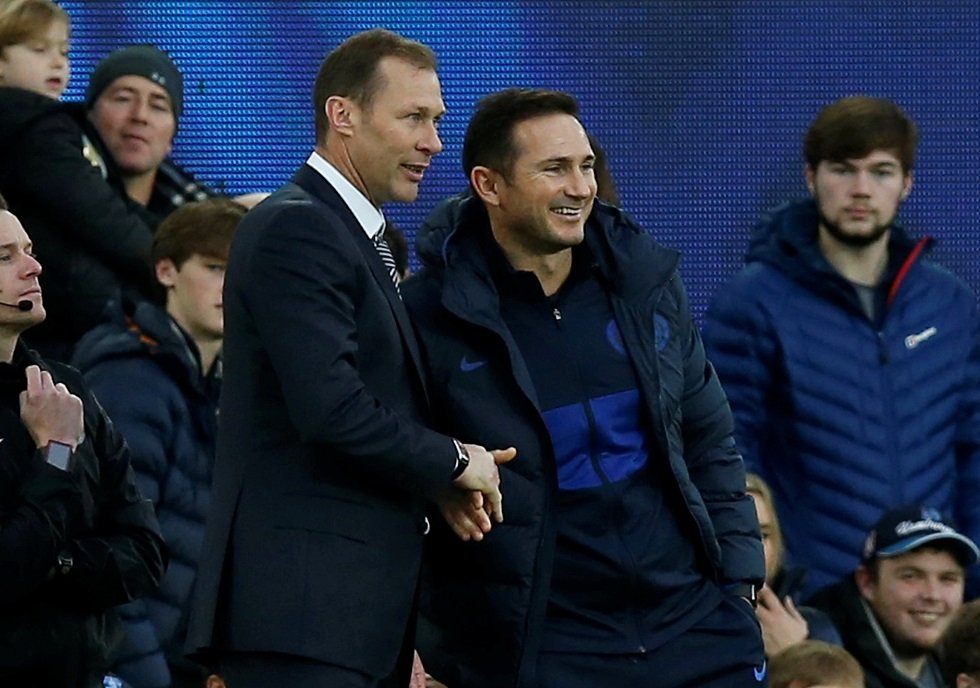 Frank Lampard has welcomed questions about January signings and is open to speaking about it with his players.

“I haven’t banned the talk [about the January window] but I am not going to set out to engage in it,” the Chelsea boss said. “If players want to come and see me and talk then I will happily have a conversation with them individually, but that hasn’t happened.

“I think the thing with the young players … I speak to them regularly. I can be, not hard on them, but I push them because I think they need that. I think they feel the trust I have in them because they know I’m prepared to give them the opportunities if they train well and they come in the team and play well. I think they should naturally feel a little bit of tension all the time so that’s not the worst thing.

“They just need to work and believe in their own talents because their talent is there for all to see. We also have to be patient with that because it may take different periods of time for them to fully blossom as players. They might have a period in and out of the team, have a run of the games and then not. I am prepared to stick with them through that because I really believe in them.”

Lampard said he has had “very open” conversations about transfer priorities with the director, Marina Granovskaia, and before Saturday’s Premier League fixture with Bournemouth, laid out what he believes are the essential qualities in any signing.

“I have had very open conversations with Marina which is speaking to the owner as far as I’m concerned,” Lampard said. “I can speak to either of those, but mainly Marina. And the scouting department, and Petr Cech. I sit with my staff daily for hours, we also talk about the team and how we can improve, and at some points you start thinking about the longer term future. The conversations have been very open to this point so I am happy with it. But of course we haven’t bought anyone.”

Asked about the qualities any arrivals must have, Lampard said: “Work ethic. A capacity to run and then a desire to do it, because they are not always the same thing. A will to win and to be successful at the club. Of course we want to sign talented players, that’s obvious, but [attitude] is a huge thing for me because if you look at it, and people keep talking about balance and [not to] upset the squad, then we want people to come here with a real intention to be a success.”