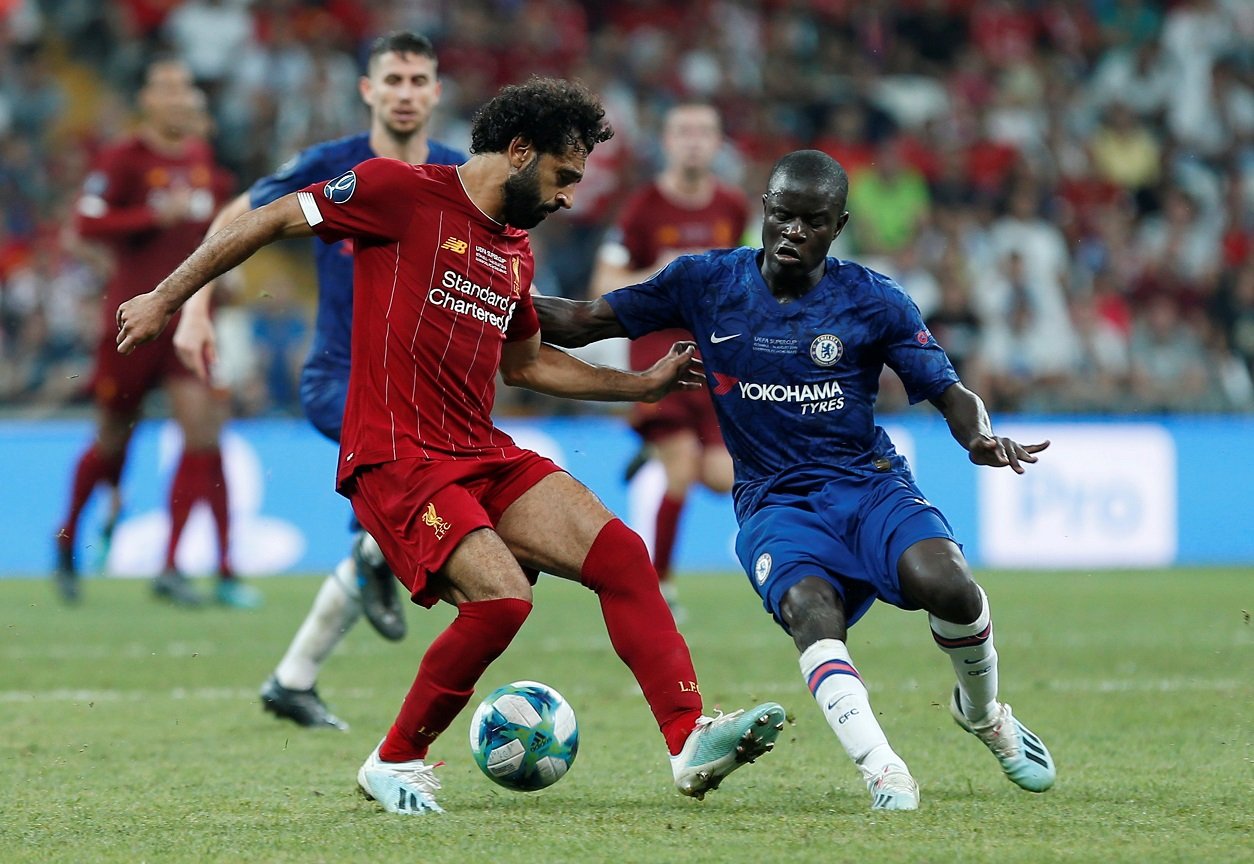 Frank Lampard is standing firm against criticisms over N’Golo Kante being played in a box-to-box role.

He selected the Frenchman in the exact same position for Chelsea’s UEFA Super Cup tie against Liverpool on Wednesday. Many pundits and fans expressed their disapproval last season when they observed a similar tactic by Maurizio Sarri.

Kante, who is primarily a defensive midfielder was made to play in a more advanced role while Jorginho was allowed to operate in a deep-lying playmaker capacity. Of course, Chelsea were, by no means, slowed down in their pursuit of a European trophy this week.

Instead, many would argue that the Blues put up a solid fight against Liverpool and could have easily come away with the winner’s medal. When asked about Kante’s positioning, Lampard defended his decision by saying, “It’s been a discussion that has been over-talked at times last year and that was me watching it from the outside. The important thing for me with all of our midfield is that we have a flexibility and nobody is pinned down to an absolute structure.

“I think we saw elements of that against Liverpool where the players have a freedom to use their attributes. The idea that he wins the ball probably as well as anybody in world football doesn’t mean that he has to sit in front of the back four and do that.

“He also has it in his game to drive forward with the ball, to lead midfield areas and win the ball back high up the pitch. That’s what I want to give him the freedom to do.”