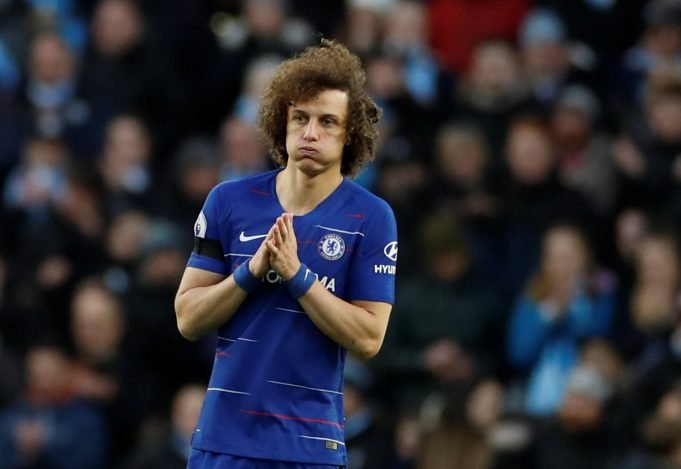 Former Chelsea defender turned Hollywood hardman Vinnie Jones has said that Chelsea defender David Luiz was hiding when his side was losing against Manchester City. The Blues faced a 6-0 drubbing at the hands of the reigning champions in their last outing in the Premier League.

Jones was furious with the Brazilian’s display in the backline when he said, “David Luiz, I think he hides when Chelsea are losing.”

He added, “I saw the game and just thought, ‘what is going on here?’ When Chelsea are winning, he’s pinging 60 yard balls about and looking good, but every time I’ve seen Chelsea struggle or are losing, Luiz will hide. You cant have that. John Terry was a massive hole to fill and he hasn’t done it for me. He really hasn’t.”

It was an absolute massacre at the Etihad Stadium as the Blues were taken to swords by the Citizens. Sergio Aguero notched up his third hat-trick of this Premier League season while Raheem Sterling scored a brace to put any hopes of a Chelsea revival to sleep. Ilkay Gundogan joined the party with a brilliant goal as well.

This win also pushed Chelsea out of the top four, with Manchester United replacing them after their 3-0 win over Fulham. Now it is to be seen whether the Blues are able to bounce back or not in the next Premier League outing.

SEE ALSO: Azpilicueta Says Manchester City Loss One Of The Worst Days Of His Career