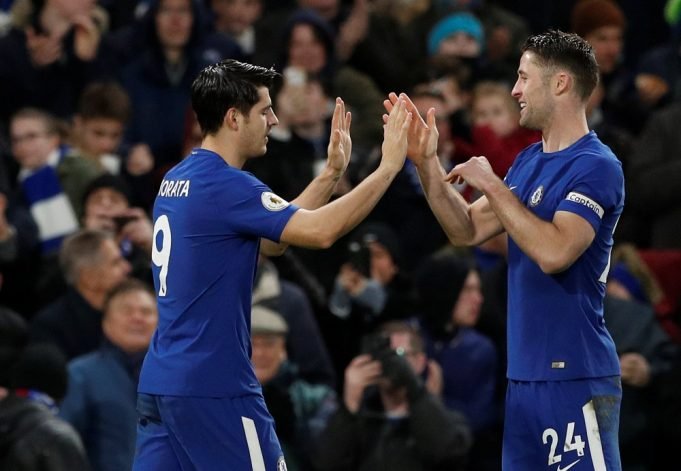 Cahill was left out of England squad earlier in March

Gary Cahill was one of the important players for Chelsea last season in their Premier League winning campaign but this season he has struggled to have a regular run in the team under Antonio Conte.

The Italian dropped the defender earlier this season and was an unused substitute matches against Manchester City, Manchester United, Tottenham and Barcelona over recent months.

But the 32 year old has returned to Conte’s starting XI for the past four matches and has put in assured performances at the heart of back three.

Conte believes that the England International should be named in the England World Cup squad. He was left out of Gareth Southgate’s England selection for the March friendlies against Netherlands and Italy.

In this moment he’s deserving to play,” he told reporters ahead of Saturday’s trip to Swansea City, as quoted by Goal.com

“He’s in good physical condition. We are talking about an important player with great experience. He has played big competitions.

“I know when you have to go to play a World Cup or European Championship, it’s important to have players with great experience because the pressure will become very strong for everyone.

“I’m sure that the coach will take the best decision for the national team.”

Cahill took over the captaincy from John Terry last year and Conte believes it took the player some time to adjust to the role.

“It wasn’t simple replacing John Terry because we are talking about a great leader,” he explained. “It’s something you have in your blood.

“I think Cahill developed a lot this year, but we have three or four players who take responsibility, who try to lead the team.”