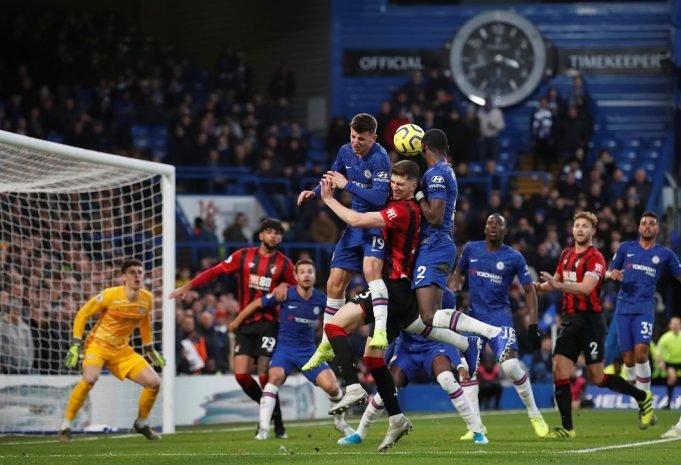 How to watch Chelsea vs Bournemouth United game on TV?

Chelsea vs Bournemouth odds winner – (1 x 2) – who will win according to the odds?

This is one of the best games of this Premier League season. The scenes from Dean Court will be very good and no one knows who is going to win. Will it be Chelsea or Bournemouth who will score the most number of goals?

Chelsea are set to be without Tammy Abraham once again after the striker aggravated both his ankle and  groin injury. That means Olivier Giroud is expected to retain his place in the team. Frank Lampard could bring back a defensive-four formation with Kurt Zouma returning to partner Antonio Rudiger at centre-back. Cesar Azpilicueta to be moved out to left-back.

With Callum Hudson-Odoi, N’Golo Kante and Ruben Loftus-Cheek out injured, Lampard will also have to field Ross Barkley. Willian is tipped to come back with Mason Mount featuring on the other wing.

As for Bournemouth, Steve Cook is in line to come back into the defence. Eddie Howe could name a host of changes with a few of his stars returning from injury. Jefferson Lerma is set to be assessed further but is likely to return in midfield in place of Andrew Surman.

Who will win the Chelsea – Bournemouth fixture? Are you look at bet on this game there are several markets that’s interesting. For example, a win for Chelsea has odds of 1.25 since, they are the favourites? What are the best odds on Bournemouth and how high are the odds in over 2.5 goals? Here we give you all the info –

If you think about put a bet on Chelsea or Bournemouth there are several good promotions. Especially Unibet and bet365! Combine the best betting offers from Unibet and bet365 to get the most from your betting.

Tonight’s match only the 17th meeting between Bournemouth and Chelsea. The Blues have won 11 games while Bournemouth have managed 5 wins for themselves.

Here we will give you answer on the most frequently asked question about Chelsea – Bournemouth.