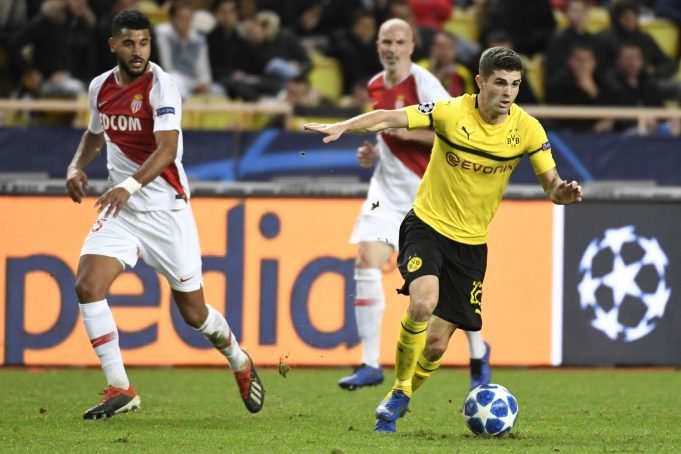 Former English Premier League midfielder Jermaine Jenas has slammed Chelsea over their transfer policy which will see the Stamford Bridge outfit fork out a mammoth sum of money to bring in 20 year old USNT winger Christian Pulisic from Borussia Dortmund in the summer of 2019.

“Buying Christian Pulisic who is 20 years old and selling Hudson-Odoi makes no sense,’ he told BT Sport. ‘You keep him, you know full well he’s going to go to Bayern Munich and tear it up. You’ll be sitting there as a Chelsea fan thinking “what’s that all about?”

‘We’ve lost another young English player out the league.’ On the rumours of Chelsea selling Hudson-Odoi, Jenas said: ‘I think it’s ridiculous personally. ‘When you have good young talent coming through, you harness it and give it an opportunity like Spurs done and like Man United have done recently as well.’

Chelsea winger Callum Hudson-Odoi has struggled to get game time under Maurizio Sarri this season and it is being rumoured that the talented 18 year old winger could be sold to Bayern Munich, who have shown considerable interest in him.

Hudson-Odoi played a key role in a rare start against Nottingham Forest in the FA Cup setting up both goals for the Blues.