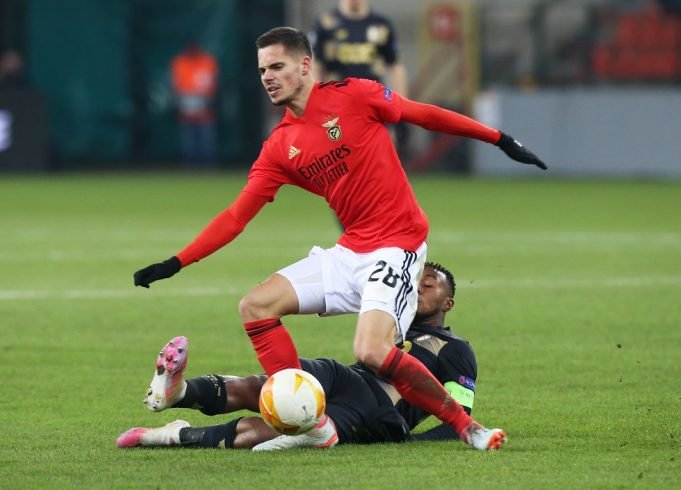 Chelsea have reportedly lined up a move for Benfica’s Julian Weigl.

According to The Express, Chelsea are looking at alternate options to West Ham’s Declan Rice.

Thomas Tuchel wants to shore up his midfield with superior talent this summer and he will be given the funds to pursue top prospects. Rice was mainly a target of Frank Lampard’s but Chelsea have not entirely given up on the West Ham man.

Problem is, the East London outfit is not looking to sell Rice for anything less than an obscene fee. Weigl is sure to cost much less. He is at a proper age at 25 to add experience and quality to Chelsea’s midfield. The German international is an exceptional passer with penetrative vision all over the pitch.

Many thought that Weigl was washed up when he left Dortmund for Benfica two seasons back. But the German has managed to somewhat reinstate his name in world football, showcasing his abilities across 43 games last term.

Tuchel needs a player like Weigl to not only break up opposition attacks but also to launch their own from deep-lying positions. Jorginho has done a decent job this season but we all can agree that his position needs to be upgraded.