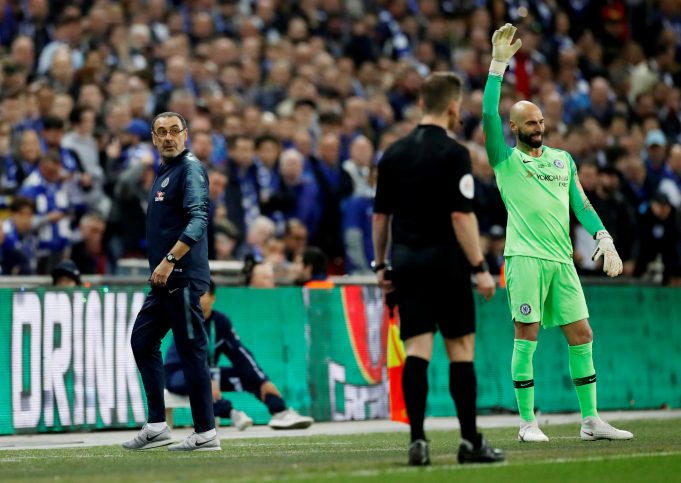 Chelsea goalkeeper Kepa Arrizabalaga has admitted he was wrong to defy Maurizio Sarri’s order in the Carabao Cup final against Manchester City.

Kepa appeared to be struggling with a minor injury and noticing that Chelsea manager asked Willy Caballero to come on. But despite repeated attempts, the summer arrival refused to leave the pitch and stayed firm in his position.

City went on to win the Carabao Cup in the tie breaker but the incident fuelled a raging reaction from the manager and the club. He was subsequently dropped from the Tottenham Hotspur game and later issued an apology for his behaviour.

Kepa said, “It was news around the world.

“People were talking about it and talking badly. It is normal for people to talk. My father spoke to me after when we were at home but he didn’t need to say a lot to me. By then I realised what I had done and there was not a lot left to say.

“It was a difficult week. It happened on Sunday, on Wednesday I didn’t play against Tottenham and then I was back to play against Fulham.

“I accepted what the manager said and the club fine and I realised I wouldn’t play the next game. I was right behind Willy and supported him and the team as much as I could.

“Of course, that was the only thing I could do. It was something I did in the heat of the moment. It’s something I am not very proud of.

“It was a difficult moment which I’ve learned from and I’m still learning from. Now it’s time for me to look forward.

“I said I was sorry. Football goes on. We all make mistakes.”