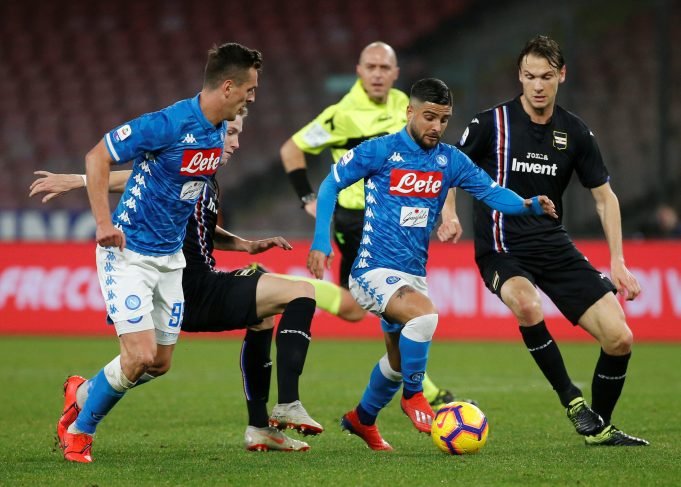 According to reports from the Daily Mail, Chelsea are interested in signing Napoli forward Lorenzo Insigne. Insigne is one of the most talented forwards in the Serie A and has been so for some time now.

The 27-year old forward has made 27 appearances for Napoli, scoring 11 goals and providing 6 assists. Insigne’s performances for Napoli have attracted the attention of Liverpool. However, according to Italian newspaper La Repubblica, Napoli rejected a bid of £61 million from Liverpool.

Now, Chelsea are looking to sign Insigne. Chelsea are keen to bolster their attack now that they have a very strong chance of losing their talisman Eden Hazard next summer. Next season, the Blues may have Christian Pulisic and maybe even Gonzalo Higuain, depends on how he performs in his loan spell. However, there’s a very strong possibility that Eden Hazard might move to Real Madrid.

Insigne’s current contract at Napoli runs out in the summer of 2022. Napoli reportedly currently value Insigne at £140 million. Besides, they may not even want to lose him that easily.

Provided Napoli do have that kind of asking price on Insigne, then Chelsea will have to pay a record-breaking club transfer fee.