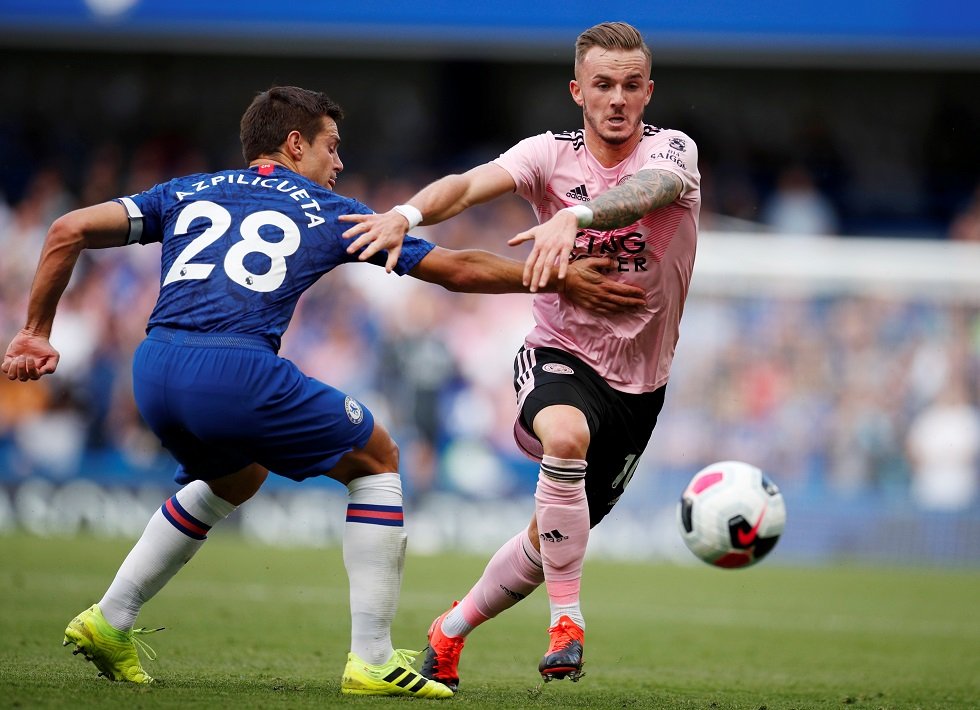 Chelsea went a third straight game under Frank Lampard without a win on Sunday as their Premier League game at Stamford Bridge ended 1-1.

A mistake from Leicester City’s Wilfred Ndidi saw Mason Mount open the scoring for the Blues. The youngster’s goal came through a number of relentless Chelsea attacks but Lampard’s men could not capitalise on all of their chances.

In the second half, a mistake from Cesar Azpilicueta saw Ndidi redeem himself with a goal of his own. The Nigerian rose tall and strong to power in a header past Kepa Arrizibalaga, a cross that should have been intercepted by the Chelsea captain.

This is not the first time Blues fans have noticed Azpilicueta slip up this season. Graeme Souness led the criticisms in the post mast analysis as he said, “Azpilicueta has been a brilliant defender for Chelsea but he doesn’t know Ndidi is there for the goal, he’s just watching the ball. He looks over his right shoulder and he stops that. He gave two goals away last week and gave this goal away today as well.”

Plenty of the Chelsea fans are writing off the 29-year-old who has been a firm starter at the club for roughly the past 5 seasons. With Victor Moses sent out to loan, the South Londoners are not too sturdy in the right-back position either.

The only senior backup, Davide Zappacosta, is a huge defensive liability and is close to marking his own exit from the Bridge (if not this season then definitely the next).

Frank will have us playing good football, however we played good under Sarri but the difference was we had Hazard to bail us out of trouble in 90% of the situations.

Vital we got 3 points today and I’m disappointed we didn’t get them.

Willian and Azpi need to leave next season.

Things we should all agree on:
1-Azpi shouldn’t start again.
2-Pedro is the same.
3-Giroud better than Apraham.
4-Pulisic should have full 90 mins. pic.twitter.com/KKFGW1cvpt