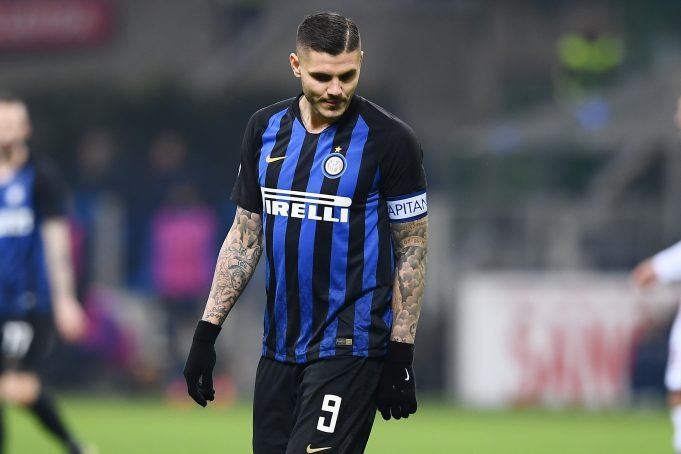 Today, Inter Milan stripped Mauro Icardi of the club’s captaincy and have appointed goalkeeper Samir Handanovic as their captain. Additionally, Icardi is also not included in the Nerazzurri’s squad for their Europa League last 32 first leg against Rapid Wien.

One of the finest strikers in the world, Icardi has not scored in any of Inter’s last 7 Serie A matches.

There has been a lot of talk about Icardi’s future at Inter Milan with Icardi’s wife Wanda Nara saying that contract negotiations are going on.

Icardi has been linked to Chelsea for a while now and Chelsea fans think that Inter stripping the Argentine of the club’s captaincy is an indication that he may join the club.

Several Chelsea fans have taken to social media to celebrate Icardi’s removal from the Inter captaincy.

Here are some of the things Chelsea fans have posted on twitter regarding Icardi’s removal of Inter’s captaincy.

After a long time I’m seeing all Chelsea fans agreeing to something — Mauro Icardi. If nothing else, Inter has at least unified the fan base temporarily. How generous of them to strip Icardi off the captaincy ?

Icardi get that man to Chelsea