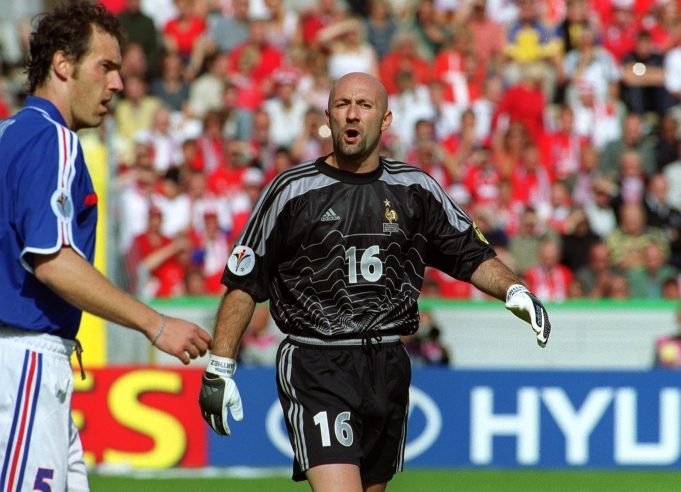 According to reports in Italy, Chelsea have renewed discussions with former PSG and France manager Laurent Blanc.

Chelsea started the season well under Maurizio Sarri but lately, the club’s performances have gone downhill. Chelsea suffered their biggest Premier League defeat against Manchester City. Before that, they lost 4-0 to Bournemouth.

Currently, Chelsea are 6th in the league table and are in danger of missing out on a Champions League berth for a second successive season.

Many have criticised Maurizio Sarri’s footballing philosophy and it seems that it might be the end of the Italian provided Chelsea’s results don’t better.

Earlier, there were reports that Zinedine Zidane was the favorite to succeed Sarri as Chelsea manager. Now, another Frenchman is linked to the Chelsea managerial job. It’s former Manchester United player Laurent Blanc.

Chelsea were in talks with Blanc in the summer over replacing Antonio Conte as the club’s manager. However, the club appointed Sarri then.

Laurent Blanc has been a manager since 2007. So far, he has coached Bordeaux, PSG and the France national team. Blanc has won several trophies during his managerial career so far. Hence, Chelsea believe he is a suitable candidate to replace Maurizio Sarri.

Maurizio Sarri’s future as Chelsea manager is currently hanging in the balance and he needs to come up with a few results to save his job. Chelsea now have a number of important matches ahead. Following their Europa League fixture at Malmo, the Blues have an FA Cup encounter against Manchester United at Stamford Bridge on Monday.

Sarri’s best shot at redeeming himself would be on the 24th when Chelsea play Manchester City in the Carabao Cup Final at Wembley.