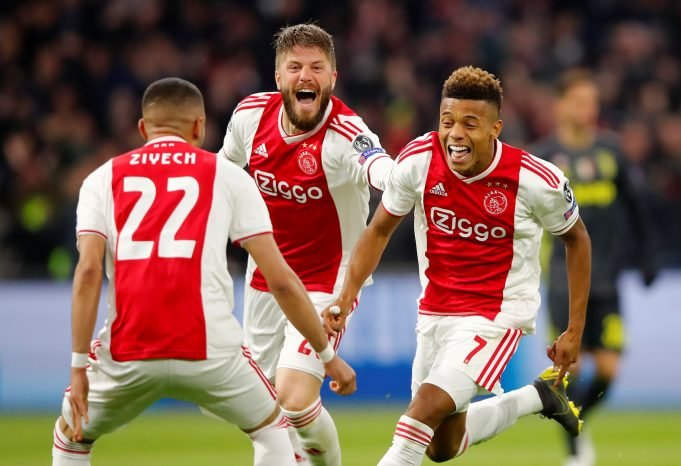 The 22-year-old has a key component in his team’s impressive to the semi-finals of the Champions League. He scored against both Real Madrid and Juventus to put a heft price tag around his name.

It was only time before this Ajax side would get taken apart by the European big guns. Frenkie de Jong has already agreed to a move to Barcelona on a £66m transfer and the star centre-back, Matthijs de Ligt is expected to follow suit.

Neres could very well be on his way out as well if either Chelsea, Arsenal or Liverpool manage to convince the Ajax board with a sizeable bid.

The Brazilian signed with the Dutch champions in 2016 and has already made a breakthrough to the senior national side. He has scored 29 goals in 95 appearances for the Lancieri and is about to be seen in action again, on Wednesday night against Tottenham Hotspur.

Spurs were dealt a heavy blow in the opening leg, losing 0-1 at their brand new stadium. Neres was a constant threat for the tired Tottenham defence line.

He is stronger on his left side but has great balance to trick opponents when on the ball. The former Sao Paolo man has a lot of potentials to succeed in the more competitive leagues in Europea, like the Premier League.

The question lies on whether it will be at Chelsea since they have an impending transfer embargo on their heads. The club is yet to be notified if their appeal to FIFA has been accepted or not about postponing the ban by at least one transfer window.

See Also: 10 players who played for Chelsea and Arsenal